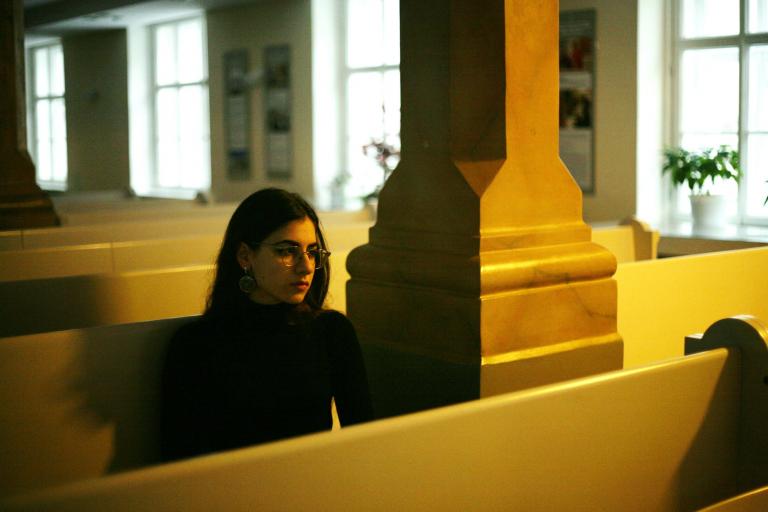 I was a 22-year-old single female living in Southern California. The worst thing you could say about me is that I smoked a lot of pot.

I didn’t have a heavy-drinking problem, I wasn’t into hard drugs, I wasn’t sexually promiscuous, but I often felt like a doormat around people who engaged in all these things and even more risky activities that almost killed them.

I had switched on survival mode and was acting accordingly. Find a place to live. Find food. Get your life back together.

I was busy with school when I met a man. We’ll call him Eric. He told me all about himself and mentioned two striking things: that he was celibate, and he was Christian.

At the same time, a woman reached out to me. We’ll call her Jenny. She had heard about me through mutual friends and reached out. Jenny mentioned in passing that she was a born-again Christian.

Somehow, I got it in my head that because these two events happened simultaneously, and were difficult to ignore, that they were serendipitous.

Jenny seemed understanding of my situation. She often had me over for dinner and would encourage me to focus on academics, something I had already resolved to do.

She insisted that she cared about my well-being, a stark contrast to my previous life.

Eric also began our relationship innocently. He insisted all he was capable of was friendship, but then started behaving like a boyfriend.

At the time, he was just another voice in my ear encouraging me to be the very best version of myself.

At first, he was very open to my questioning and uncertainty.

I warmed up to both and agreed to be friends with them, but I had reservations. I told them I was at best a questioning agnostic and I didn’t want to be pressured into becoming a Christian too. I thought that was reasonable. They thought so too.

Until one day, Eric did an about-face, and suggested that this personal quest for self-improvement was only possible if I considered going to church.

Jenny had much the same attitude. She not only suggested what Eric did, but she also invited me to go to her church.

To her surprise, I had beat her to the punch on Eric’s suggestion. The church I picked was a humble stone structure, only one room, and filled with a mostly Hispanic population.

Everyone there was warm and welcoming, and every Sunday they served free donuts.

I told Jenny about how relaxed they were, how it felt like the kind of place I could get my feet wet. I told her how they “preached” loving the broken, God is love and so forth and how they conducted services. She felt it was too freewheeling for her taste and suggested that I quit and join hers.

The conversations I was having with Jenny and Eric I would now label as baiting and recruitment, but at the time I felt like they genuinely cared about me and wanted to see me put my life back together.

They preyed on and took advantage of someone they knew was in a desperate and vulnerable situation.

This describes the perfect person to evangelize because they are almost certain to be open-minded and receiving.

But that’s how deep these things run. They believed they were being authentic and genuine. And they made me believe that they wanted a genuine friendship with no strings attached-until they start attaching strings.

Jenny and Eric were genuine and loving enough to convince me.

Jenny continued to pressure me to not only leave the church I was attending but to join hers. A concept that at the time I did not fully understand.

Eric got wind of this and was thrilled. “Becoming a member” was apparently the Evangelical Christian standard.

Eventually, people-pleasing me left the church I liked and started going to Jenny’s. I was not only happy to have pleased so many people with this decision but convinced myself that it was better to be among friends and not just well-meaning strangers.

And all the while I would start conducting myself differently, down to how I dressed and the things I said. But it always felt like an uphill battle.

I remember one afternoon I was on the phone with Eric and I was trying to find a pen in a drawer to write a date on the calendar.  I was having trouble finding one and I said “fudge” (well I didn’t say “fudge”) and Eric had no difficulty expressing his displeasure.

Anyone else would have run for the hills from someone who was dictating how they spoke in the privacy of their own home. But at the time I was so wrapped up in my new life that I did actually feel remorse and apologized, promising to never say that filthy word ever again.

I was feeling much like a Christian ping-pong ball, because Jenny was also pushing back from the other side.

She enlisted the help of someone we will call Heidi, who wanted to get me on the fast track to baptism.

Rebellion welled within me again.

I didn’t think baptism was necessary, because I had been baptized as an infant, and was confused why the initial baptism no longer held any water.

Heidi insisted that because I was going to be “born again” that it was necessary to engage in a ceremony that was symbolic of this gesture.

Heidi made me aware, for the first time, that it was a requirement for membership.

It was at this time that she also handed me a list of conduct and standards of behavior. Not just ideals of what I believed in, or a prayer accepting Jesus into my heart, but rules that must be followed and agreed to in order for me to become a member.

The other church I attended had no such rules. They welcomed me with open arms.

Outside of having these things asked on a piece of paper and simply having to nod my head in agreement, these were the questions I was being asked point-blank: Was I following the rules? Was I someone they could trust? It felt more like a club initiation rather than learning more about God. Which is what I thought I was supposed to be hungry for.

All of the God-learning was self-taught. I had a relationship, but it never lined up with what I was met with on Sunday mornings and Wednesday nights.

Clearly my bullshit meter was going off. And yet, already deeply entrenched in this lifestyle, and after being handed a few books on the subject, I agreed to get baptized.

But I had some conditions.

All the while, I had made all these little adjustments to my personality and lifestyle. I cut my hair into one of those churchy haircuts I had seen other members wearing. I dressed more modestly but, also in the cutesy Pinterest-worthy (basic) outfits I saw other Christian women wearing.

I was clean and even accepted a gift from Heidi which was a small silver cross that I wore around my neck every day.

I was “dating” Eric, a Christian and a celibate man (which made me celibate also). I was a wholly different person.

I insisted to Jenny that I was willing to make these changes, but if I were to get baptized, I wanted it to be at the beach.

While the conservatives at her church balked at the idea, she talked to someone who allowed the baptism.

I will never forget the moment that two people on either side of me, one of them Jenny, walked me out to the tide and lowered me into it. The church accepted me into membership, but begrudgingly, always suggesting I’d be nothing but trouble.

It must have been obvious that I was too rebellious for them. Even though I would stay in the church for years it did feel the whole time like I was inwardly screaming: “I’m an adult, stop telling me what to do!”

It all seemed backwards to me.

It seems my foray into Evangelicalism ended before it even began.

It took years of this abusive tug of war, but eventually I had to walk away. Something that started so innocently began to consume my life.

And I tried to fix myself. I read all the books. I went to all the classes. I did all the things. None of it was good enough.

To that I say, Evangelical Christianity failed me even when I gave it my absolute all.