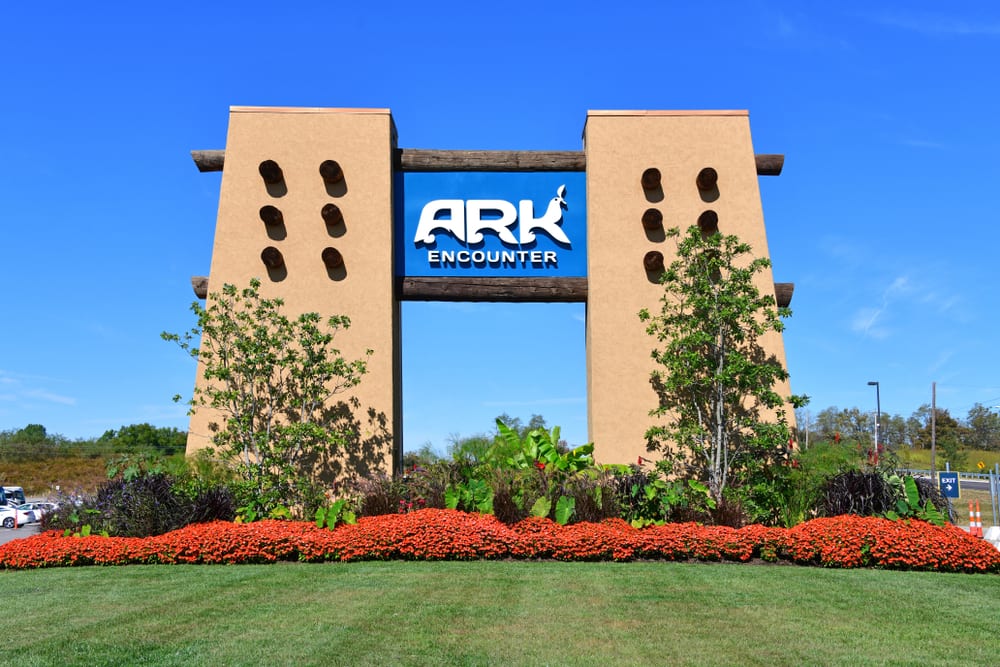 The pandemic hasn’t been great for theme parks in general, but it’s been especially bad for Christian theme parks. Those venues certainly attract some people, but when you mix COVID, the decreasing number of Christians in the U.S., and the fact that those venues (like much of Christian entertainment) are often crappy versions of secular hotspots, it’s bad news all around.

In an article for The Daily Beast, Jamie Lee Curtis Taete spoke with a number of Christian business owners to get a sense of how the Christian tourism industry is doing. There’s not a lot of optimism to be found. Here’s just one example:

Ticket sales are also down at BibleWalk, a Christian wax museum in Ohio that you may already be familiar with, thanks to its viral turn a few years ago when it was revealed that several of their scenes feature recycled celebrity wax figures, including a Tom Cruise Jesus and a Prince Charles Abel.

Julia Mott-Hardin, the museum’s director, told me she hadn’t yet totaled up visitor numbers from last year, but that there had been a significant drop from the year before. “The motor coach industry really took a great hit with the pandemic,” she said. “So we lost all of our motor coaches. And that was a very big outreach for us.”

Heritage USA, a theme park in South Carolina that featured rides, a skating rink, and what was, apparently, then the world’s largest wave pool closed in 1989. Dinosaur Adventureland, a small Creationist theme park in Pensacola, Florida, shuttered in 2006. As did Bible Land in Yucaipa, California in 1994, and the Trinity Broadcasting Network visitor center in Costa Mesa, California, in 2017. Christian theme parks that have been announced in Tennessee, California, and South Carolina have failed to materialize at all.

The way some of these places try to attract visitors is by offering secular forms of entertainment: zip lines, ice skating rinks, etc. But those things are available elsewhere and it’s also an admission that Jesus alone can’t sell tickets. If you’re a family with kids looking for a fun place to visit, a Christian venue whose mission involves indoctrination over amusement is hardly going to be at the top of your list.

In fact, you’d be hard-pressed to find an attraction that’s doing well (even outside the pandemic). Ark Encounter and the Creation Museum may be the most successful — mostly because of all the money that’s been poured into them — but as we’ve documented on this site, Ark Encounter’s publicly available attendance numbers aren’t terrific… and that’s before the pandemic decimated the place. My favorite line in the piece is the one where Answers in Genesis says the publicly reported attendance numbers on my website don’t tell the full story, but given the chance to prove me wrong, they “declined to provide actual attendance figures.”

As I said to The Daily Beast for the article, these Christian attractions also have another problem: They never really change. Science museums and art museums can always bring in new exhibits. Amusement parks can have new rides. But the story of Noah’s Ark or Genesis 1 is, by definition, unchanging. If you’ve visited the Creation Museum once, you’ve really seen everything Answers in Genesis is ever going to do. From here on out, it’s just going to be one new gimmick after another, nothing of substance. That’s what happens when your entire goal is to tell one story. Once you’ve done it… you don’t really have anywhere to go or any way to build from it. (No wonder Ark Encounter keeps shilling a petting zoo.)

Once the pandemic is over, we’ll see how many of these places bounce back, but I would guess many won’t return to their previous numbers. Why would they? They’re not educational, they’re not entertaining, and their primary goal is selling Jesus rather than memories. It’s not a good formula for success.