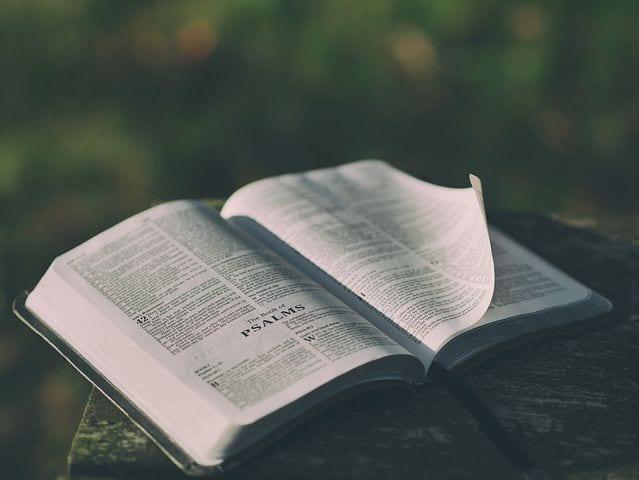 This month marks the eighth anniversary of this blog. It started on WordPress as an outlet for short essays that I had been writing for a couple of years and didn’t know what to do with. Friends and colleagues told me that (1) I needed to get them out into the world and that (2) the best way to do that was to write a blog. I resisted for several months, deciding only to do it after agreeing with myself that I would only blog until it became “just another damn thing to do.”

I continue to blog, first and foremost, because writing is a form of spiritual exercise, and a blog commitment imposes a structure and discipline on me that had always been lacking in my spiritual life. It also has been gratifying, because after the first two or three years during which I’m sure that my pearls of wisdom and wit were read only by my immediate family and a couple dozen friends, my readership began to slowly grow until now, in an average month, several thousand people read and comment both on the blog itself and, primarily, on social media. I have always followed the writing advice of Anne Lamott: “Write what you would love to find.” I write what is on my heart and mind on a given day, and am gratified to find that there are many people across the globe who are looking to find the same things. The supportive and insightful comments of my readers keep me going.

I also get a lot of pushback, primarily from the extremes of the faith/nonfaith spectrum. On that spectrum, truth be told, I am closer to atheism than I am to conservative Christianity. Atheists have told me that I’m so close to an atheistic humanism that I might as well just scrap the God nonsense and dive into the deep end. My explanations as to why I don’t do that produce exchanges that are sometimes pointed, always interesting, and that usually end on friendly terms.

It’s a different story with the conservative element, most of whom are of the evangelical, fundamentalist Christian persuasion—the kind of Christianity I was raised in. In the past week, self-professed Christians have accused me of being a “servant of Satan” and have called one of my posts “demonically inspired garbage.” Several have assumed that I am headed straight to hell for my willingness to explore and live out my faith differently than they do. When I, as best I can, respond civilly to such critics, trying to gently let them know that their boilerplate certainty is going to have zero effect on me, I tend to generate a great deal of frustration, anger, certainty, dogmatism, and flat out nastiness in my conversation partners (who occasionally remember to end their tirades with “the Lord bless you”). Frequently, my conservative commenters suggest that I will be immediately straightened out if I just “read the Bible. It’s the Word of God” Just a few days ago I was challenged to a Bible-quoting contest by a reader who was convinced that my reading of Scripture was shockingly wrong. Sigh.

I shouldn’t be annoyed by this, because my readers have no way of knowing from one blog post just how steeped in the Bible I have been for my whole life. I come from the very evangelical, fundamentalist Protestant world that the majority of my conservative critics inhabit. I learned that when the Bible is referred to as the “Word of God,” it means that every word of it is literally true. Before the time I hit double digits in age, I was pretty sure that didn’t make sense; my Sunday School questions about how everything in this book could be true when it contradicts itself regularly were greeted first with “just believe it,” then with an invitation to leave the Sunday School room.

Part of being a young person in my Baptist church was memorizing Bible verses. From the time I was six years old, I spent twelve to fifteen weeks per year memorizing verses, then reciting them to my “hearer” (who was usually my aunt) on Sunday. At age six, I memorized four verses per week. By the time I was in high school, I was memorizing as many as fifteen verses per week, often one extended passage. All of the young folk did this; we earned various prizes throughout the process, capped with a week at Bible camp in the summer (I despised Bible Memory Association Camp, which went by the name “Miracle Camp”).https://19e4847d4733ac435b6e13ebef7b7fd2.safeframe.googlesyndication.com/safeframe/1-0-37/html/container.html

My brother did it, my cousins did it, my church friends did it, the girl to whom I would be married for eleven years in the future did it. I don’t remember anyone particularly complaining about this forced memorization; neither do I recall that anyone enjoyed it. It was simply a rite of passage—one that left hundreds of Bible texts in my memory files by the time I went to college. And by the way, I also read the Bible through each year from cover to cover, following a “Through the Bible In a Year” pamphlet provided by the church at the beginning of the new year, from when I was around 10 until I graduated from high school.

It truly wasn’t until I was in my early thirties and entered the college classroom as a newly-minted professor for the first time that I began to realize just how deeply the Bible had shaped me. I had stopped believing that the book is the literal “Word of God” years before, but its stories, lessons, quirks, contradictions, rants, genealogies, wild and crazy prophecies, and moralizing were part of my DNA. I’m a philosophy professor, not a theologian or religious studies scholar, so I wasn’t using the Bible to preach, proselytize, or convict. I was using it to illustrate the best and worst that human beings can be, the various ways that different cultures over time have sought to understand and describe what is greater than us and our relationship to it. I still do this—there are few classes during which I don’t pull something out of my memory banks from the Bible that is relevant to whatever is on the table for discussion.

When advising incoming freshmen to my college concerning how to best prepare for the large interdisciplinary humanities program that is the centerpiece of our required core curriculum, a program required of all freshmen and sophomores, I always say the same thing. “Know your Greek mythology, and know your Bible. Not as the ‘Word of God’ to be handled reverently with kid gloves, but as arguably the most influential book in the Western literary tradition. You will not be able to understand the literature of the West if you don’t know the Bible well.”

Away from my professional life as a teacher, my relationship to the Bible is a challenging one to describe. It is not my moral touchstone or guide in the way that many persons of faith might describe it. It certainly isn’t my go-to source for answers to tough questions. My relationship with the Bible is more like my relationship with the weather—it’s both as familiar as the air that I breathe and as unpredictable as the wind. It truly is part of me, not always in ways that I appreciate. I frequently am asked, particularly by readers of this blog, whether I believe that the Bible is “the Word of God.” I used to answer “that depends on what you mean by ‘Word’ and ‘God,’” which didn’t turn out to be a very effective response. Now I tell a story.

One Sunday evening almost forty years ago, I heard a well-known and much-loved Baptist minister, a family friend and the godfather of my firstborn son, say something shocking from the pulpit. He lifted his well-worn Bible above his head with his right arm and said in a loud voice: “This is not the Word of God!” Gasps filled the sanctuary, followed by an uncomfortable silence. After a dramatic pause of several moments, he continued. “This is just ink on paper between leather covers. This is just a book. This becomes the Word of God when the Holy Spirit makes it so to each of us individually.”

My son’s godfather was right. The divine word changes and grows in each of us, often in apparent conflict with what we thought was already fixed and settled. When temptations arise to find security and safety in inflexible interpretations of scripture, it is worth taking the words of Paul to the church at Corinth to heart: “The letter kills, but the Spirit gives life.”