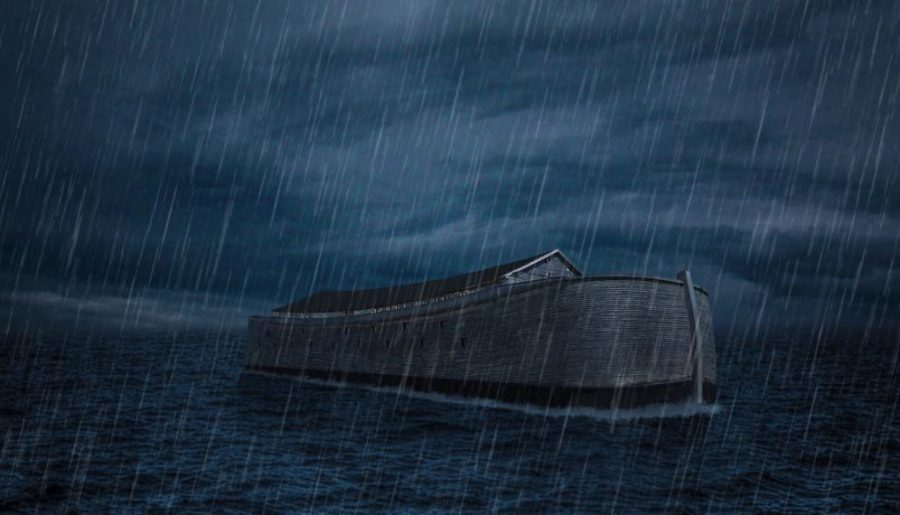 During the two decades I was a Christian the flood story really perplexed me. There were portions that just could not be plausible. To begin with, the punishment didn’t fit the crime, and the crime itself reads like a well-rigged sting operation. Nor could I reconcile why God thought his only course of action was to exterminate the human race when they learned about evil, when the better remedy would have been for him to get rid of the evil that was causing people to sin. Frankly, I adored God at this point in my life, but I couldn’t wrap my mind around him performing such a dastardly deed.

Did you ever wonder why God chose to destroy humanity rather then just get rid of evil? / Image by Jeff Jacobs from Pixabay

Genesis 6:5-7. “And God saw that the wickedness of man was great in the earth, and that every imagination of the thoughts of his heart was only evil continually. And it repented the Lord that he had made man on the earth, and it grieved him at his heart. And the Lord said I will destroy man whom I have created from the face of the earth, and beast, and the creeping thing…”

The usual explanation for these texts is that the flood was an act of mercy, because the inhabitants of earth (and presumably the insects and animals as well), became so wicked that God decided the best thing to do was to put them out of their misery. Those who got swept up in the river that would later flow through the Grand Canyon; or who were buried alive in sediment; or who got crushed between massive logs and giant boulders got precisely what they deserved. Eerily enough, as a former believer, this explanation suited me just fine. I felt a certain sense of glee that those who made it on to the ark were vindicated for their righteousness.

Top 3 inconsistencies about the flood story:

It’s amazing, though, how becoming a freethinker can completely alter your moral perspective. What follows are three problematical areas of this story that are worth searing into memory:

1) If evil were running rampant at this point in history, then God designed this to occur. The biblical evidence for this state of affairs is overwhelming. A point of gospel fact: God needed Adam and Eve to experience evil in order that they might have the power of choice.

To paraphrase just a few Bible passages: Within the perfect world that God created for Adam and Eve he also placed in their backyard a tree that contained the knowledge of evil — and good. God also allowed the devil to thrive in the garden in the form of a serpent. It’s a well understood biblical “fact” that knowing good and evil are prerequisites to offering humanity the power of choice. In other words, people must learn about and experience both good and evil in order to make a valid choice on what power they are going to serve. So, it’s clear from a biblical standpoint, that evil plays a dominant role in the universe God designed. I call it, the “necessary evil theory.”

2) Given the necessity of evil and the role freedom of choice plays, why would God later “repent” or regret having made humans when they did precisely what he needed them to do, which is experience evil?

When we regret having done something our regret is caused by our inability to see the consequences of our actions. So, if God regretted making mankind then God admitted to making the biggest blooper of his life. By regretting his actions, he also admits that he is not all-knowing; that there are ramifications of his actions that not even he can foresee the outcome.

3) In killing the human race God proved that he values evil more than humanity.

This was the choice God had — was it not? to eliminate evil or the people that were learning about evil. Curiously, when God was assessing whom to blame when humans starting using evil the way he intended, why didn’t he just blame himself? And what does God do in his hour of perplexity and regret? He chooses instead to slaughter every man, woman and child. So, it’s clear from a theological perspective: God could not destroy evil because he controls this power and uses it to suit his overall plans for the human race.

Understanding evil — essentially, why bad things happen — is one of the most important questions plaguing humanity. Many religions and philosophies have tried to answer this question, to which Christianity offers but one among thousands of differing viewpoints. Given how relevant this question is, the biblical texts that lay out the origins, purpose and remedies involving evil are scant. There are just a few brief passages offered in the creation and flood stories that explain the backdrop of evil. While there are an ample number of texts highlighting the collaboration between God and the devil, overall, the biblical evidence suggests God controls this power. Yet, early biblical writers must have added the devil as the antagonist to this fable to function as a scapegoat for evil.

The crux of the matter is few in Christendom will admit that the Bible actually teaches that God is both good and evil and uses both powers to suit his purposes. The proof of this is everywhere in scripture. But if the believer doesn’t want to believe that God has a darker side, then the following pinch of common sense might help …

If the Bible says God created “everything” then everything means “everything” – including evil. In fact, not crediting God for “owning” this power is the primary source of many biblical inconsistencies such as the plan of redemption and that most diabolical of all beliefs … the concept of hell.

Personally, I don’t care how Christianity wishes to portray its God. But if the Bible is to be believed then its beliefs should be coherent. The reason is, Christianity teaches that humanity is evil and there is but one way to become good: by learning to emulate God’s character. The problem is the Bible does not prove that God is good or, that God only does what is good or, that evil is really “bad” given how much God delights in using it.

Alas, the Bible as a whole, completely fails at proving its own theories about the dualism between good and evil.

ABOUT SCOTT R STAHLECKERScott Stahlecker is the author of the novel “Blind Guides and “Picking Wings Off Butterflies.” He is also a former pastor and previous owner of several hospice agencies. Thinkadelics is about discussing the benefits of being a freethinker by providing insightful tips, newsworthy posts, and in-depth features.