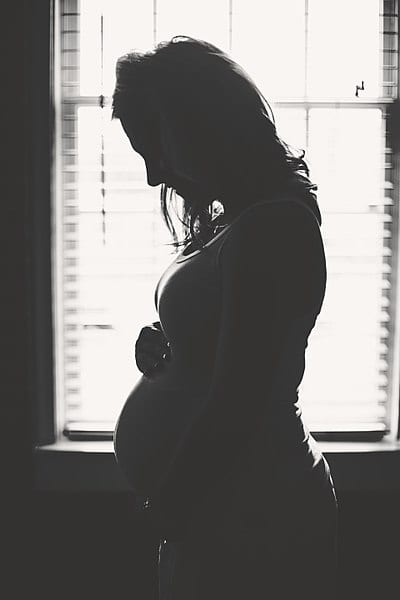 A few days ago Planned Parenthood released a statement that abortions had gone up. At the same time, the president who has been praised by Christian leaders as “the most pro-life ever” got us dangerously close to a new military crisis with Iran. It is in this context that Patrick Carolan and Brian McLaren have written an important and compelling piece for the National Catholic Reporter, arguing that our “current framing of the debate” about abortion is inadequate and damaging.

Carolan and McLaren set out three ground rules for a new approach to the abortion debate:

First, we would stop demonizing each other. We would acknowledge how seductive it is for each side to consider itself morally superior and reduce its opponent to the level of moral filth. We would face the harm that kind of pride can do, both politically and spiritually. In our combined 120-plus years of life experience, neither of us has ever met a single supporter of abortion rights who hates babies, supports infanticide, or who has a “the more the better” attitude toward abortion. Nor have we ever met an abortion opponent who hates women and wants to throw mothers in jail for seeking an abortion. No doubt, such extremists may exist, but we have yet to meet any, and we can no longer let the debate be framed and fought from the extremes.

Second, we must acknowledge that there aren’t only two positions on abortion. It would be more accurate to say there are five, with purists on either end of the spectrum, and in the middle, three groups that account for the majority of us, those who are against abortion but do not want to criminalize it, those who support abortion rights but who would like to see abortion rates reduced, and those in between who see wisdom (and problems) on both sides. If we get beyond the old two-sides framing, we can drop the old pro-life versus pro-choice binary entirely. The fact is that life and choice are not mutually exclusive, and in a democracy, we can hold our own moral convictions about life and choice, rooted in our religious traditions, without feeling that others should be forced to live by them.

Third, we must shift the debate from making abortion illegal to making abortion less and less necessary. The truth is that we can both reduce abortions and protect vulnerable women from having politicians (who are mostly wealthy, white and male, by the way) interfere with one of their most personal moral decisions. Abortion reduction rather than criminalization is a goal that nearly all of us can agree to.

And there’s great news in this regard. We’re already succeeding at reducing abortion rates, and we already know what will reduce them even more. If we shift our energies in the direction of abortion reduction, focusing on the causes and conditions that lead to abortion, everyone will benefit.

My own experience has been a little different from their. I spent years of my life in the pro-life movement, and met plenty of people who did indeed want women jailed and punished. I still meet them regularly, when moderating online debate. And the fact that Trump still overwhelmingly claims the “pro-life” vote indicates that there is something deeply toxic in the movement, something that goes beyond mere misunderstanding.

But I also know the pro-lifers they have in mind: ethically consistent people who oppose racism and violence, who are appalled by the Trump regime, who travel to the border to help immigrants. Some of them are LGBTQ. Not all are white. And they believe that unborn human life has value, and deserves protection. Many of these people have been pro-life activists for decades.

It is wrong to lump these consistent-life advocates in with the Trump crowd, the Fr. Pavones, the Church Militants, the racist fundamentalists who regularly say horrible things about women’s bodies. It is wrong to assume that anyone who believes unborn lives have value necessarily refuses to see the value in born lives, black lives, immigrant lives. We regularly point to the hypocrisy of the mainstream pro-lifers who claim that “all lives matter” only as an effort to shut down racial justice activists. Yes, it is contradictory for a person to say that unborn persons have a right to life, then ignore the right to life of immigrants. Yes, these people probably don’t even care about life at all. But in pointing out the contradiction, we already grant this premise: that believing in the right to life of all humans, born and unborn, is not in a contradiction. And there are people who hold this belief.

I have also encountered the occasional person on the pro-choice side who is happy to accept abortion as a means of reducing the populations they deem unfit. The ones who say a mother “should have just aborted” a severely disabled child – yes, this happens.

But between these two real extremes (both of which overlap alarmingly with fascist ideologies) there are many more of us who hold nuanced views on issues around life ethics and reproductive rights. We agree on most things, even if we don’t always see eye to eye on delicate questions about when personhood begins, or how best to safeguard women’s bodily autonomy.

The important thing is, we do agree that a right to life is real, and we do agree that bodily autonomy is real. We do not want to see a world in which abortion rates are high. Nor do we want to see a world in which women are routinely shamed, punished, and imprisoned because of personal choices they have made in dire circumstances. We should be able to come together and have the conversations that need to happen without demonizing one another.

And, as Carolan and McLaren point out, we do know what works to reduce abortion rates: increased security, decreased poverty, access to health care, cash assistance, and paid parental leave.  We know that abortion rates go up when women feel insecure in their communities or unsafe in their homes, when they fear job loss or lack access to health care. Policies that ensure a better quality of life for women are why abortion rates are low in counties like Switzerland – while they remain high in nations like Pakistan, in which abortion and contraception are illegal.

And both pro-life and pro-choice persons should be able to agree that a society that provides these measures for women, children, and families, is worth aiming for.

Whether you identify as pro-choice or pro-life, if you agree that the right to life and the right to bodily autonomy are both important – please read Carolan and McLaren’s piece. And think about what we can do if we decide to work together.

An Open Letter to Joe Biden

Arguing the Pro-Life Case (Such as It Is)