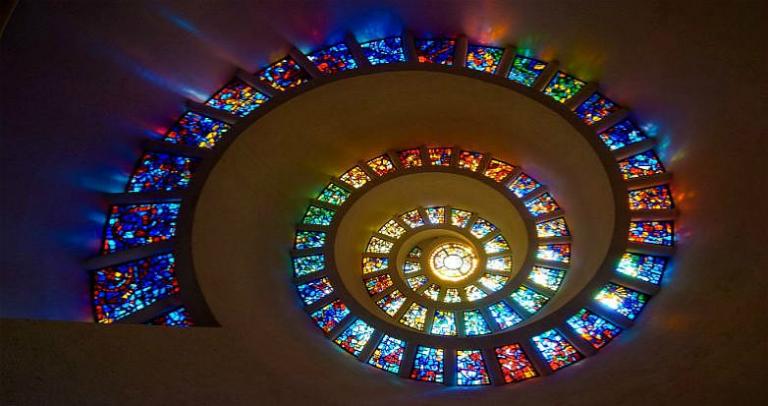 Did you know that the Quran has no contradictions? This isn’t due to God’s guiding hand but to a clever loophole within Islam called the law of abrogation. If two passages in the Quran seem to conflict, the one written later abrogates (overrules) the earlier one. While Muslim scholars disagree on the number of conflicting passages, this rule is the backstop that resolves such questions.

Christianity also has a contradiction problem. We can see some of those problems when we look at how the Bible reboots its fundamental message. First, God makes a covenant with Noah, and then with Abraham, and then with Moses. Finally Jesus comes, and the rules change again. Jesus redefined murder, adultery, divorce, and more in the Sermon on the Mount. He changed the afterlife from a vague and uninteresting existence in Sheol to the ultimate celebration of a worthy life (or the ultimate punishment of a wicked one). He changed Yahweh from the god of just the Chosen People into the god of everyone. Circumcision and kosher food laws became unnecessary. Sacrifices are gone. The worship day changed.

Even after Jesus, the change continued. Some reboots didn’t take (Marcionism, Gnosticism), but others did (Trinitarianism). But wait—there’s more! Islam was a reboot. Mormonism was a reboot. Reverend Sun Myung Moon and his Unification Church was a reboot.

The simplest explanation for the chaos in what is supposed to be the perfect plan from a perfect creator drops the idea of anything divine behind the Bible and chalks it up to a primitive people inventing supernatural stories to make sense of a scary existence. But that’s throwing in the towel, and modern Christians who want to support their belief respond in a different way.

The Scriptures testify to a progression of God’s revelation of Himself to humanity. He did not reveal the fullness of His truth in the beginning, yet what He revealed was always true. Each portion of Scripture was built on the previous one. (Don Stewart)

That’s one interpretation. The obvious alternative is that the Bible is (among other things) a 1000-year-long record of the evolution of supernatural thought within a primitive tribe in the ancient Near East. That it changed is hardly surprising—manmade religions do that.

The United Church of Christ embraces the idea of progressive revelation with a marketing campaign built around the slogan, “God is still speaking.” This evolved from a quote from Gracie Allen, “Never place a period where God has placed a comma.”

Okay—show us in the Bible where God makes clear that his perfect plan is a work in progress. Was the Ten Commandments just a first draft? Were the rules against homosexuality temporary? Was God’s plan for marriage a moving target?*

Another source has this interpretation.

That’s just what you’d say if you were trying to salvage a contradictory text. Your challenge is showing that this is God’s idea, not yours. Give us the verses in the Old Testament supporting this. Here, let me get you started: God made “a covenant for all generations to come” with Noah (Genesis 9) and then “an everlasting covenant” with Moses (Genesis 17).

Whoops—sorry. Those examples show how God doesn’t dribble out laws but makes them and then says that they are perpetual. Good luck finding the verse that says that God makes laws that he knows he’ll later correct.

And what does “when we were ready for it” mean? How are moderns any more ready to accept a supernatural message than people 3000 years ago?

We know more of God than the Old Testament prophets did: we know him through Christ.

But why stop there? If you like progressive revelation, then take the Muslim update from Mohammed. Or the LDS one from Joseph Smith.

Every student of church history knows that knowledge of God continued to grow long past the time John put down his pen after writing the Revelation.

You mean the doctrinal inventions from the 21 ecumenical councils from the Council of Nicaea in 325 through Vatican II in 1965? Or the many schisms within the Christian church? Or the countless denominational conferences? Yes, those were important for making doctrine. For example, the Bible has no clear statement of the doctrine of the Trinity, and it had to be invented in the first two councils.

But this isn’t an explanation as much as an admission. Much of “Christianity” comes from tradition and debate, not the supposed words of Jesus or God, both of whom are quoted extensively in the Bible. If the Bible were complete and unambiguous, these later interpretations wouldn’t have been necessary.

Why not deliver something useful in the new revelation?

Why would God want to dribble out his message? One answer is that the original audience for the Bible were just too primitive to understand. I’ll admit that the modern Christian message is confusing, but humans living in Palestine 3000 years ago were just as capable of understanding (or being confused by) today’s Christian message as we are.

Contrast that with a different message. The Bible gave us no science or technology that wasn’t part of that culture. That’s a message that might need dribbling out. A culture doesn’t go from the Iron Age to the Computer Age in one step.

When challenged with this, apologists often say that the Bible is a book of God’s message, not a science textbook. It’s hard to believe that basic health rules or a prohibition against slavery aren’t at the top of God’s list of tips to pass on, but let’s forget that. According to their reasoning, it sounds like God would be motivated to reveal the science and technology related to spreading God’s message. Where then is the progressive revelation of transportation or communication technology? As Judas in Jesus Christ Superstar observed, “If you’d come today / You could have reached a whole nation. / Israel in 4 BC / Had no mass communication.”

.
Thanks to a couple of my favorite sources of wisdom, Jesus and Mo and Why Evolution is True, for mentions of this post.

Continue to the fatal objections to progressive revelation in part 2.I said it, God believes it, that settles it!
— paraphrase of the fundamentalist position,
Robert M. Price, Human Bible podcast

*Actually, yes, the Ten Commandments was a first draft, because there were two of them. The Bible doesn’t object to homosexuality in the way that conservative Christians think (here, here). And biblical ideas of marriage were radically more expansive than they would have you believe. Nevertheless, the burden is on the advocate of progressive revelation to show that a constantly changing doctrine is what God planned from the beginning.