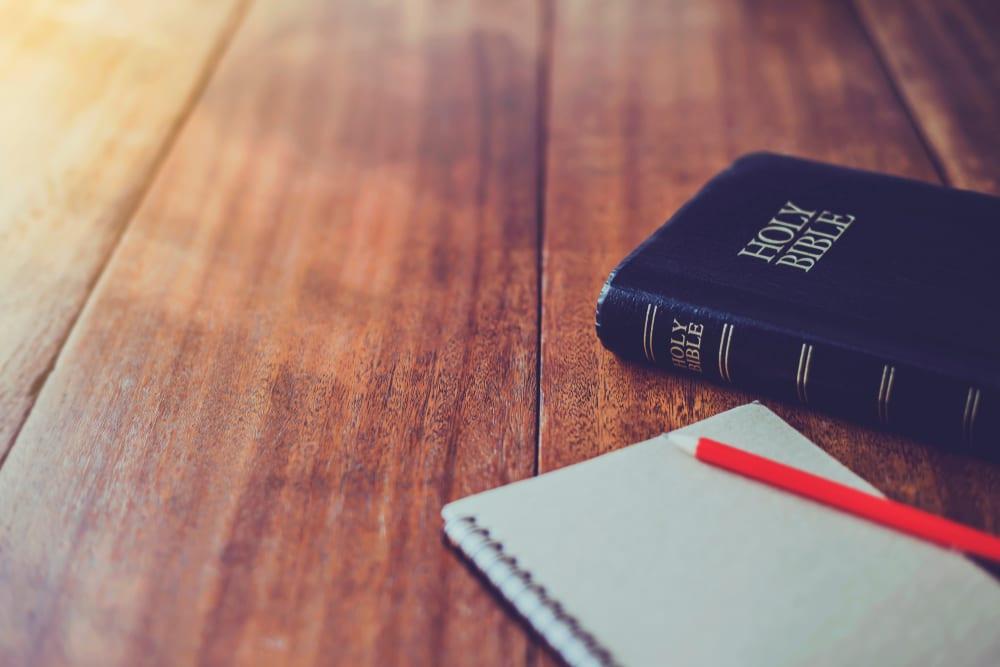 Should the book of Genesis be part of a high school English class?

An Indiana parent is complaining about it, and the lack of information isn’t helping her case.

The unidentified parent told local news channel WSBT that her daughter was told to read Genesis chapters 1-3 for her English class at Bremen High School. That’s a violation of church/state separation, said the mother. Making matters even more concerning, the teacher is a “part-time pastor” who asked students several questions relating to the Creation story. The mother said she was concerned that this was all part of an effort to convert her child.

She sent an email to the teacher, principal, and superintendent expressing her worries… but because they didn’t hit a “pause button” on the curriculum like she wanted, she took the story to a local reporter.

Is the mother right to be worried?

Not if that’s all the information we have.

According to the teacher, the goal here wasn’t to proselytize. The goal was to make sure students were aware of the Creation story (including the story of Adam and Eve) because they need to understand it in order to make sense of other works of literature like Paradise Lost and Frankenstein. Not everyone grows up learning those myths, so having students read the Bible — objectively and as a work of literature — makes a lot of sense.

There’s nothing wrong with reading the Bible in school that way. Reading Genesis as a basis to understand references and allusions in other works of the English canon is very different from telling kids to read the Gospels as a way to get them to accept Jesus. (Not that anyone was asking but atheist legal organizations wouldn’t step in unless there was clear proselytizing going on.)

But here’s how I know there’s nothing problematic happening.

The local news station included images of an email sent by the teacher responding to the parent’s questions, and you can just tell how ridiculous the mother’s concerns are.

In one case, the mother appears to ask why students aren’t learning about the Iliad or the Odyssey — other myths, if you will, in addition to Christianity. The teacher writes back, “The Odyssey is a freshman text. I did teach it when I taught freshman English.” (Mic drop. Point goes to the teacher.)

“Why not works by Shakespeare?” asks the mother.

“I do,” responds the teacher.

Then there’s this exchange, which should really earn the teacher some kind of award. Some parts of their exchange weren’t shown on screen so I’m offering my own interpretations in brackets.

Mother: “… I assume that you’ll also be reading Darwin’s [On the Origin of] Species since there are so many scientific complexities in Frankenstein.”

Teacher: “Darwin was [9 years old] when Shelley’s work was written (1818), so she could not have been drawing off of [Darwin’s book]. However, Paradise Lost is explicitly mentioned in Frankenstein and is given considerable [attention as] the creature learns how to be human. The creature reads Paradise Lost.

I love this teacher, and I don’t even know who he or she is.

The teacher goes on to say the full syllabus includes readings from Hamlet, Beowulf, Canterbury Tales, and A Thousand Splendid Sons — that last one, the teacher says, “reflects negatively on Christianity.” The teacher is making the point that there’s no effort here to indoctrinate children into a particular religion.

It’s a fair point. There’s no evidence of proselytizing here. The mother is completely overreacting. These are standard works of literature that seniors at any good high school could reasonably expect to encounter, and knowing what the first few chapters of the Bible says is incredibly important in making sense of those other classic works.

Here’s a separate aspect of the story: The mother is upset the district isn’t doing anything about her complaint… but there’s a reason for that: She didn’t file one. She just sent an email. That’s not how the system works.

The mother said she didn’t want to identify herself because she feared backlash — which might be reasonable — but the district rightly says they would protect her identity. (There are laws and district policies that attest to that!)

If that person is not willing to take those steps then I don’t see any reason to start an investigation when I have complete confidence in my instructor and my administrator.

The mother may find that dismissive, but I see that as perfectly acceptable. There’s nothing to investigate. There’s no fire. There isn’t even smoke. As someone who has written about proselytizing teachers and coaches for years now — and worked as a public school teacher for years — I promise you that reading portions of the Bible as a way to make sense of other important books isn’t an legal issue.

If the parent did her research — or even spoke with a church/state separation group — before whining to the media about it, she would’ve saved herself a lot of embarrassment. Some of the people commenting on the news channel’s Facebook post about this aren’t helping either, saying that we need to respect separation of church and state and that the Bible is unacceptable to use in any way in a public high school.

All of them are clueless. There are absolutely legitimate reasons for bringing religious texts into a classroom, as long as it’s done objectively. That appears to be what’s going on here.

(Image via Shutterstock. Thanks to Brian for the link)