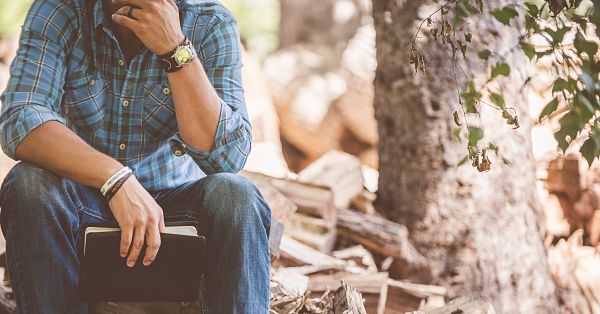 I was brought up to believe, as I was taught, that a true Christian always obeyed biblical commandments with certain rare exceptions. One such exception had to do with the Old Testament. We did not believe Christians were expected to observe all the ceremonial laws of the Old Testament that pertained to Israel, to the Hebrew people. For example, we did not believe circumcision or strict adherence to dietary laws or observance of Saturday as the Sabbath were necessary for Christians. However, clear New Testament commandments were to be strictly obeyed with few, if any exceptions.

In 1966, in the midst of the radical, death-of-God theologies and the controversy surrounding them, Episcopal theologian-ethicist Joseph Fletcher published Situation Ethics: The New Morality. Almost immediately my spiritual mentors reacted negatively, very negatively. Discussions about “convictions” versus “inviolable rules” died down as fundamentalist spiritual leaders loudly condemned situation ethics—often without reading the book.

My intention here is not to review Situation Ethics (the book) again, but to point out that there are times when a situation requires disobeying a clear New Testament commandment.

According to Hebrews 10:25 we Christians should not be “giving up meeting together, as some are in the habit of doing.” The context makes clear that this commandment refers to Christians meeting together for “church”—Christian fellowship for the purpose of exhorting and encouraging one another.

When I was growing up in the “thick” of fundamentalism (in its Pentecostal expression) this verse allowed exceptions for those who could not attend church due to health problems. However, in the churches I grew up in (two—one from birth to age 11 and the other from age 11 until much later) the churches always opened and held worship and Bible studies regardless of weather or crises in the social order or anything. Sometimes, due to weather, for example, people would walk a mile or more to church in knee-deep snow. I do not recall us ever cancelling church.

However, now, in the Spring of 2020, nearly all churches in America and possibly around the world, are closed even on Sunday morning. Does “streaming worship” count as “meeting together” in the sense meant by Hebrews 10:25? I think not.

*Sidebar: The opinions expressed here are my own (or those of the guest writer); I do not speak for any other person, group or organization; nor do I imply that the opinions expressed here reflect those of any other person, group or organization unless I say so specifically. Before commenting read the entire post and the “Note to commenters” at its end.*

However, this COVID-19 virus crisis illustrates how most, if not all, specific biblical commandments allow exceptions or we must make exceptions to them given specific circumstances not envisioned by the authors of the New Testament.

I am involved in a very long, difficult research project about the history of Christian ethics. I am finding some very surprising things. Martin Luther, for example, implicitly permitted Prince Philip of Hesse, a major supporter of the Reformation, to marry a second wife while still married to his very ill first wife. But even more shocking, Luther argued that if a woman marries a man and discovers he is impotent (or he may have meant sterile or both) she may have sex with his brother in order to have children. You don’t believe me? Read his treatise “Advice to the Nobility of the German Nation” all the way to the end.

Dietrich Bonhoeffer wrote an essay about lying which is included in his Ethics book edited by Eberhard Bethge. There this later follower of Luther argued that lying can be permitted because we do not owe some people the truth. Although he gave an illustration from childhood, anyone who knows that when he wrote this essay he was involved in a plot to assassinate Hitler knows that he was probably justifying lying to Nazis in order to save Jews and other potential victims of the German regime.

Obviously here I am simply pointing out the truth of some form of “situation ethics” without agreeing with Fletcher’s “new morality” all the way. But even Augustine famously said (as Fletcher loved to point out) “Love and do as you please.” In other words, for both Augustine and Fletcher, true love, charity, what Jonathan Edwards called “benevolence towards being” (On the Nature of True Virtue), could serve as the only Christian “rule” if it could be lived out consistently.

Love for others demands that in this particular situation in which we find ourselves in the Spring of 2020 we set aside a strict interpretation of Hebrews 10:25 and forsake meeting together for Christian worship and fellowship. I am as sure as I can be that the author of Hebrews did not think sending letters to each other counted as meeting together. So I do not think he (or she) would have agreed that “virtual church” counts as “meeting together.”

Yet, there are times and circumstances in which a particular biblical commandment has to be set aside and violated when love demands it. Not “love” as vulgarized in popular culture as a feeling but love as Edwards rightly defined it—“benevolence toward being” and especially toward the vulnerable and weak.

The grave danger, however, is that people who get used to forsaking meeting together for this good reason, not spreading a potentially deadly virus during a pandemic, will stay away from church after the pandemic ends. Church leaders need to find ways to stay in close “touch” virtually, by e-mail and streaming video, etc., with members and attenders during this extremely unusual “situation” that demands a kind of “teleological suspension of the ethical” (Kierkegaard).

I am not advocating Fletcher’s peculiar “situation ethics” in which, seemingly, anyway, he suggested discarding rules altogether and encouraging people to live ethically solely by the principle of “love.” We need rules, but all rules are “rules of thumb,” in the sense that they must be open to exceptions. Not frivolous exceptions like the teenage boy in my church youth group (when I was as teenager) who talked openly about “sin breaks.” And he didn’t mean breaking away from sin; he (and some of his friends) meant that they felt perfectly free to sin occasionally because striving to obey God’s rules was just too hard (especially seemingly for adolescent boys).

*Note to commenters: This blog is not a discussion board; please respond with a question or comment only to me. If you do not share my evangelical Christian perspective (very broadly defined), feel free to ask a question for clarification, but know that this is not a space for debating incommensurate perspectives/worldviews. In any case, know that there is no guarantee that your question or comment will be posted by the moderator or answered by the writer. If you hope for your question or comment to appear here and be answered or responded to, make sure it is civil, respectful, and “on topic.” Do not comment if you have not read the entire post and do not misrepresent what it says. Keep any comment (including questions) to minimal length; do not post essays, sermons or testimonies here. Do not post links to internet sites here. This is a space for expressions of the blogger’s (or guest writers’) opinions and constructive dialogue among evangelical Christians (very broadly defined).