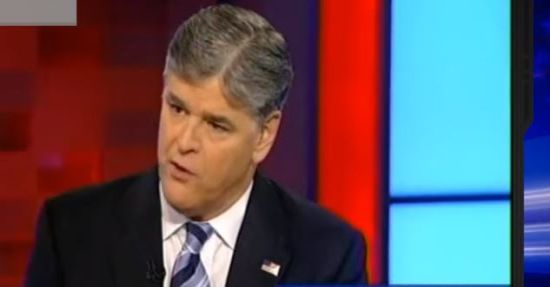 Media Matters points out the rather obvious, that Fox News host Sean Hannity is also am important political operative for Donald Trump. He acts as an adviser on the phone with Trump on an apparent near-nightly basis, appears and speaks at his campaign rallies, acts as a go-between for Trump and associates facing prosecution, and much more.

You’d be forgiven if, amid the lead-up to President Donald Trump’s impeachment trial in the U.S. Senate and the ongoing Democratic presidential primary, you missed BuzzFeed News’ story last week detailing how Fox News host Sean Hannity served “as a central point of contact” between the president and his associates under investigation during special counsel Robert Mueller’s probe of Russian interference in the 2016 election. But the report — and Fox News’ lack of interest in addressing it — marks new terrain for Hannity’s unpaid position in the Trump White House and his network’s effective merger with the administration.

Hannity has spent the last few years finding new and original ways to set afire the journalism ethics rules enforced elsewhere, from endorsing the then-Republican nominee in a campaign ad to failing to disclose that he shared a lawyer with the president to speaking at one of Trump’s rallies. Each of these instances underscored Hannity’s unconscionable role as a political operative whose first loyalty is to Trump, someone who simultaneously hosts a propaganda show enforcing the president’s positions while shaping Trump’s views as a powerful adviser.

The details BuzzFeed News revealed after combing through summaries of Mueller team interviews with key witnesses show that the Fox host hasn’t just been advising the president. Former Trump campaign chief Paul Manafort and longtime Trump lawyer Michael Cohen each revealed to the special counsel’s office that Hannity had also counseled them on how to respond to probes from Mueller and the House of Representatives, respectively, even as he reported on their cases on his Fox show.

He’s basically Jared Kushner with a TV show and an audience of millions of gullible souls easily prone to his propaganda. If Fox News were a real news organization, they would not allow any of it. But they’re not. They are, at least in their primetime lineup, a propaganda outlet for the Trump administration (some on the news side, like Chris Wallace and Neil Cavuto, have frequently challenged the narratives being claimed by the opinion hosts and by Trump and his supporters). If a host on CNN or MSNBC did even a fraction of these things, Hannity and the other Fox primetime hosts would be calling for their arrest for treason.

Podcast Ep. 339: A Christian Hate-Preacher Was Banned on YouTube