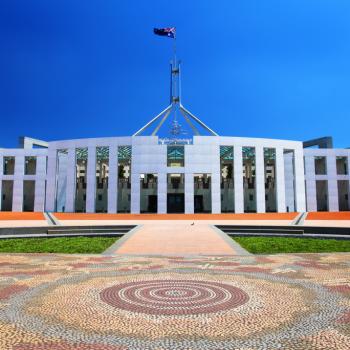 But the most shocking claim may be this one:

The allegations also include claims that… staffers regularly had sex in a room intended for prayer and meditation. One Coalition staffer has been sacked.

The whistleblower, named only as Tom, took aim at the male-dominated culture in parliament that had allowed it to fester.

He told Channel Ten television: “I can probably say there is very little meditation or prayer going on in that room. Now’s the time to speak up, now’s the time to put it on the record. It is a culture of men thinking that they can do whatever they want.”

There are obviously bigger problems that need to be addressed here — including the hypocrisy of a conservative government whose members opposed marriage equality on grounds that it would destroy the sanctity of marriage and sex — but it’s so telling that a prayer room may have been used for lewd purposes because that arguably couldn’t have happened unless the room was typically empty anyway.

It’s also a good time to mention that there’s no need for a prayer room in any government building. Anyone who wants to pray or meditate can do so in their offices or homes.

That said, cue all the jokes about people on their knees, screaming God’s name. You know they’re coming.

(Featured image via Shutterstock. Thanks to Terry for the link)