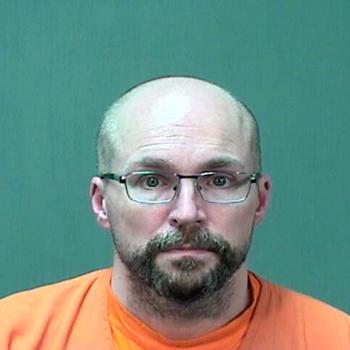 Steven Brandenburg is the notorious pharmacist from Wisconsin who was charged with ruining hundreds of COVID vaccines because he believed they were a giant hoax.

But as is so often the case, it turns out he doesn’t just cling to a single conspiracy theory. He’s absolutely full of them. They involve the belief that the Earth is flat and that the sky is a manmade object meant to block us from God. He’s also someone who frightened people close to him, who thought he would resort to violence.

The Daily Beast has more on the FBI search warrant application which was just unsealed:

“Some of the conspiracy theories Brandenburg told [the coworker] about included: the earth is flat; the sky is not real, rather it is a shield put up by the Government to prevent individuals from seeing God; and Judgment Day is coming,” the 26-page filing says.

In a subsequent interview, followed by an email included in the warrant application, Brandenburg confessed that he in fact did spoil the vaccines because he thought they would “alter the recipient’s DNA.” He further explained that he was in the midst of a “very contentious divorce” and wasn’t sleeping properly.

Does it surprise anyone that a man who believed in insane conspiracies also harbored a belief in the End Times? When people are praised in church for accepting myths as facts and never thinking too critically, we can’t be shocked when an attendee accepts other lies as well.

There’s no evidence of any mental illness.

Brandenburg now faces a decade in prison on top of a fine of up to $250,000 for each of the two charges for which he’s pleading guilty.