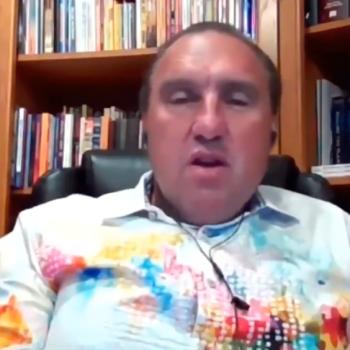 Pastor Rodney Howard-Browne has spent the majority of this year trying to spread COVID. He held in-person church services as the pandemic was breaking, continued gathering in-person over the summer without social distancing or any kind of mask requirement, and said back in August that anyone who took a potential vaccine would “be dead within a couple of years.”

Even today, the head of The River church in Tampa, Florida continues putting other people’s lives at risk.

As news is emerging of vaccine breakthroughs and the very real possibility that effective shots are finally within sight, Howard-Browne urging his followers to avoid it at all costs:

… The vaccine they’re counting on is an RNA vaccine that actually changes your DNA. So they want to remove the God Factor out of people. They won’t feel God. They won’t… because a lot of the stuff was… really in the creation of the Super Soldier, which they wanted to bring about soldiers which had no emotions whatsoever. So a lot of the stuff, it’s all the End Time wicked plan of the Enemy to totally destroy humanity because he hates man…

To state the obvious, the preacher doesn’t understand science.

The vaccine will not “alter your DNA” because that’s just not how it works. Nor is there a God gene that can be manipulated, nor is a vaccine capable of damaging your faith. (Rodney Howard-Browne is doing that all by himself.)