Science vs. Christianity: When Worldviews Collide 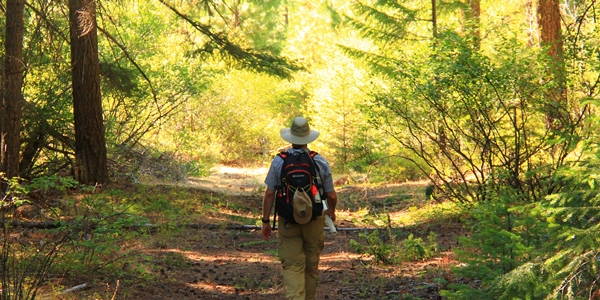 Alister McGrath, an Anglican priest and professor of theology at Oxford, contrasted atheism and Christianity in an interview on the conservative Christian site The Stream: “An Atheist’s Reasonable Journey to Faith: An Interview With Alister McGrath.” You may know McGrath from The Dawkins Delusion, his response to Richard Dawkins’ The God Delusion, which I read shortly after it came out in 2007.

A reasonable journey to faith? Let’s see how reasonable it was and how well supported by evidence his adopted Christian position is. He has plenty to say about science, too, and we’ll critique the comparison.

1. Science has limitations, and other avenues may be more attractive

McGrath says that “science did not demand atheism” and that the other worldview options “seemed to be more interesting.” Another limitation of science was that it didn’t answer life’s big questions such as the meaning of life. “I began to realize that human beings need existential answers about meaning, purpose and value, not just an understanding about how the universe works.”

He says, “human beings need existential answers,” and I agree that people might well want such answers, but Reality is under no obligation to provide them. McGrath plows forward, looking for answers without satisfying that annoying little prerequisite that the source for the answers must be reliable.

And yes, science is limited. Scientists themselves are quick to make these limitations clear. It’s too bad we don’t see the same thing within Christianity. I wish Christianity was also self-critical and admitted to its limitations. As an example of Christianity’s hydra-headed blundering, consider John Hagee’s “four blood moons” humiliation. Five years afterwards, I’m still feeling the schadenfreude.https://41df05cd0843ea0bb57f96516564e5fa.safeframe.googlesyndication.com/safeframe/1-0-37/html/container.html

McGrath next wonders about worldview options that are more interesting than science while doing nothing to convince us (or himself) that they’re correct. Without this fundamental first step, who really cares whether they’re interesting?

I’ll grant that Christianity can tell you what the meaning of life is. So can Islam, Hinduism, or Buddhism. So can David Koresh, Jim Jones, or Sathya Sai Baba. So can Pastafarianism, Jediism, or Zuism. So can the drunk stranger at a party. But are any of these sources worth listening to?

2. We have Christianity to thank for nurturing science

“There has always been a strong religious motivation for the scientific study of nature. Religious writers like Thomas Aquinas have always insisted that the regularity and beauty of nature point to the wisdom and beauty of God.”

There have been Christian scientists for centuries, though that’s not saying much since pretty much everyone in Europe was Christian until recently. To give Christianity credit for the last 500 years of European science is to call attention to how little Europe progressed while Christianity was in charge (see also here).

McGrath admits that Christianity hasn’t always been science-positive: “Of course, there have been episodes when religious ideas or politics have got in the way of scientific advance.”

3. Christianity makes sense of the world

Many think that religion is irrational, but don’t let that stop you. Consider how seemingly irrational are areas of science such as quantum physics.

C. S. Lewis said, “I believe in Christianity as I believe that the sun has risen, not only because I see it, but because by it I see everything else.” McGrath added, “A theory is judged by how much sense it makes of our world.”

If Christianity untangles reality where no other worldview does, McGrath does nothing to argue for this claim. The most charitable interpretation of this is that McGrath has support for these claims but the interview simply didn’t allow him to express them.

A less-charitable interpretation is that McGrath’s arguments are aimed only at his own community, and he doesn’t have much that would convince an atheist, despite his frequent contrasting of the two worldviews.

4. Science is “provisional and limited”

Science is provisional because it changes its mind. It’s limited because it can’t address the important areas of meaning, value, and beauty.

Yes, science is limited. Do you have an alternative? Surely you’re not thinking of Christianity! With 45,000 denominations and counting, it can’t even sort out its own beliefs.

Every year there are “Top 10” lists of scientific discoveries. Show me a similar list of things Christianity has given the world—not Christians (I grant that people do good things) but Christianity. If Christianity doesn’t dirty its hands with evidence and doesn’t care to make such advancements, then what good is it? That Christianity tells you happy, groundless nonsense isn’t much of a selling point.

Are Christianity’s contributions to the world all in the past? If so, I need evidence of that, too.

McGrath has good things to say about science and points out limitations that anyone would grant. But his vague praise about the Christian worldview make me want to set some ground rules. Can we at least agree that groundless certainty is bad? And that evidence is mandatory to support a belief? And that faith (that is, belief despite insufficient evidence) has no place in this conversation? If so, I wonder where Christianity is in all of this.

5. Science can’t prove whether God exists or not

“Science has been hijacked by ideological atheists, who have weaponized science in their battle against religion. . . . The epistemic dilemma of humanity is that we cannot prove the things that matter most to us. We can only prove shallow truths. It’s not a comfortable situation, but we have to get used to it, and not seek refuge in the illusory utopian world of the New Atheism, which holds that we can prove all our valid core beliefs.”

(I’ll remember Weaponized Science if I need a name for another blog. Or a band.)

McGrath frets about science’s “shallow truths,” but I wonder what truths these are. Perhaps truths like, “The earth orbits an ordinary star in an unimportant corner of a vast galaxy, just one of roughly 200 billion galaxies”? Or, “This technique will increase crop yields so that billions of people can be fed”? Or, “This vaccine will immunize your child against smallpox”? Those sound like pretty important truths to me. Here’s another one: you don’t need to have someone give you the answers to life’s Big Questions®. You decide what the purpose of your life is. I appreciate that this is can be an intimidating challenge, but it’s also a thrilling opportunity.

As for science being unable to prove or disprove God, that’s true. All we can do is follow the evidence (and it’s not looking good for Christianity). I have no idea what he means by an “illusory utopian world of the New Atheism” in which we can prove all core beliefs. That certainly doesn’t describe my views. If “illusory utopian world” describes anything, it’s religion, not atheism.

First, it provides “a reassurance of the coherence of reality.” Our view of the world is imperfect, but we see a bigger picture that gives meaning to a world that would otherwise be “incoherent and pointless.”

Second, Christianity provides answers where science can’t to the big questions such as “the meaning of life, and our place in a greater scheme of things.” Science alone can’t be “the foundation of meaning and value.”

These are bold claims, but I need evidence to back them up. Show me where Christianity has helped science. All the clues from science tell us that the universe is ultimately pointless, and Christianity’s flailing explanations are just fantasy, built on nothing. But that doesn’t mean that you can’t find meaning in life and assign a purpose for your existence. It doesn’t bother me that the universe has no ultimate purpose, but if it troubles you, remember that your wishing reality were different counts for nothing.https://41df05cd0843ea0bb57f96516564e5fa.safeframe.googlesyndication.com/safeframe/1-0-37/html/container.html

McGrath says that there is more to a full life than science. If he’s thinking of enjoying family and friends, finding satisfaction in a job well done, or helping the less fortunate, that falls outside of both science and Christianity.

McGrath’s approach can be adapted to justify lots of supernatural worldviews, most incompatible with Christianity. He has done nothing to make clear why Christianity is the only correct worldview or even why we should believe the supernatural of any sort exists.Mystical explanations are considered deep.
The truth is that they are not even superficial.
— Friedrich NietzscheWay down deep, you’re shallow
Superficial to the core
Beneath your surface, there’s just more surface
And beneath that, even more.
— “Way Down Deep (You’re Shallow)” by John Forster
(h/t commenter David B. Appleton)

Image from Bureau of Land Management Oregon and Washington (license CC BY 2.0)

Trump and the Church’s Failing

If You Can Pray

Don’t Read the Constitution like Literalists Read the Bible