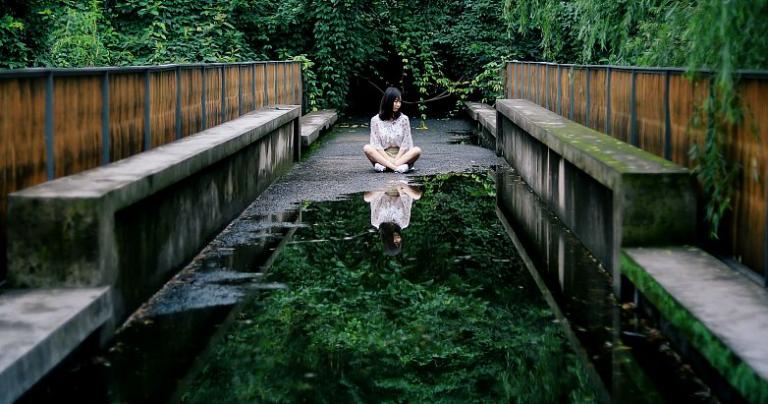 What is it that’s keeping you from thinking that [the Christian explanation for the Resurrection] is a reasonable inference?

His argument gives a bunch of facts and demands an explanation. He has his explanation—God did it. Well, Mssr./Mme Atheist? Find a better explanation than that.

4 facts about the Resurrection

Let’s examine the facts that he offers.

1. Jesus was a real person. “It’s ludicrous to think that Jesus never lived.”

Nope—hardly ludicrous. Some religions were started by a real, historical person, such as Joseph Smith (LDS),  Mary Baker Eddy (Christian Science), and L. Ron Hubbard (Scientology). And others have a named figure at their beginning who might not have been historical.

I reject option 1, the gospel account of the supernatural Jesus, but that still leaves two more options: (2) Christianity was created with a real man at the beginning and morphed into the gospel story, or (3) it started without a real man. The scholarly consensus rejects 3, but it’s not a ludicrous option. It’s possible.

These aren’t objective, historical facts. They’re just claims made in a story, so let’s not give them more credibility than they deserve. More here.

3. “People were willing to die for their [claims about Jesus]”

You don’t even have a story about disciples being willing to die to defend the Christian claims about Jesus, let alone history.

Start with the story of Jesus himself. He was said to be the Jewish king, and he was killed. That makes sense—set yourself up as a rival to the king installed by the Romans, and they get cranky. That’s sedition, a capital offense. They will kill you for that. That doesn’t mean that the Jesus crucifixion story is history, of course, just that this part of the story hangs together.

Where’s the equivalent for the disciples? Were they executed by the authorities or murdered by a mob? What were their crimes? The earliest record dates from close to two centuries after the death of Jesus and it only gives method and place of death. And if, like Jesus, they were killed by authorities for sedition or some similar crime, then they didn’t die defending claims about Jesus. More here.

4. Scripture was written very early. There was little chance for legend to creep in.

The gospels were written decades after the death of Jesus, which isn’t “very early.” Apologists usually make relative claims here, comparing the statistics of the New Testament to those of other writings of the time, but these comparisons are irrelevant. It doesn’t matter whether this or that New Testament book has more manuscript copies, was written closer to the events it claims to record, or has a shorter gap from originals to our best copies compared to other ancient writings. We don’t care whether it’s the best on any of these metrics; we care that it’s reliable enough to support Christianity’s remarkable supernatural claims. It’s not.

Would you accept a miracle claim from a religious tradition not yours if you read it in today’s newspaper? If not then you see the problem.

These “facts” don’t amount to much, leaving nothing that’s puzzling to explain. This is what’s left:

Comparing the Christian and skeptical positions

Those are the unimpressive facts that Wallace wants to start with. He sees God’s hand behind all this.

How do skeptics respond? How do they explain the Resurrection naturalistically? Though Wallace doesn’t explicitly enumerate them, he is apparently thinking of explanations like these.

And there are more.

Wallace wonders “why there are 6 or 7 non-Christian theories and then the one Christian theory” to explain the Resurrection. He says:

Why do you have [6 or 7]? Why not just 1? Because those don’t work, and you know they don’t work. The guy who invented #6 doesn’t think excuse #5 works, and the guy who invented #4 does not think 5 or 6 work. All these guys don’t agree with each other, they’ve got their own theory and think the other guy’s theories are lame. I agree with you there—they’re all lame.

Let me approvingly quote from a source Wallace should find credible, Gary Habermas and Mike Licona in The Case for the Resurrection of Jesus: “When it comes to reports of miracles, the historian must seek a natural explanation before considering a supernatural one.” The supernatural alternative is so incredible and without precedent that any of these naturalistic explanations is more plausible than “God did it.” And for every instance where you’re tempted to point to a Bible verse that weakens one of these theories, remember another naturalistic argument, that the Bible is an unreliable source for potentially many reasons (deliberate change by a copyist, that verse is contradicted by another elsewhere in the Bible, it’s a story, this thought experiment, and so on).

You want one theory? Okay, here it is: simple, natural explanations are sufficient to explain the facts surrounding the claims for the Resurrection. The supernatural is an unnecessary addition.

Concluded in part 2 with my preferred explanation, plus a critique of the Christian explanation.As science has become better
at answering questions and healing people,
religion has gotten better at making excuses.
— seen on the internet