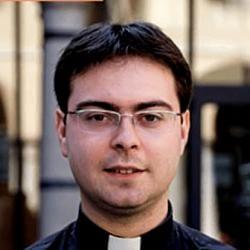 OCTOBER 15, 2020 BY BARRY DUKE CATHOLIC priest Gabriele Martinelli, above, accused of repeatedly raping a pupil at a pre-seminary, as well as being violent and threatening blackmail, made his first appearance at a trial that began yesterday (Wednesday) in the Vatican. Co-defendant in the trial is Fr Enrico Radice, 72, who is accused, among other things, […]