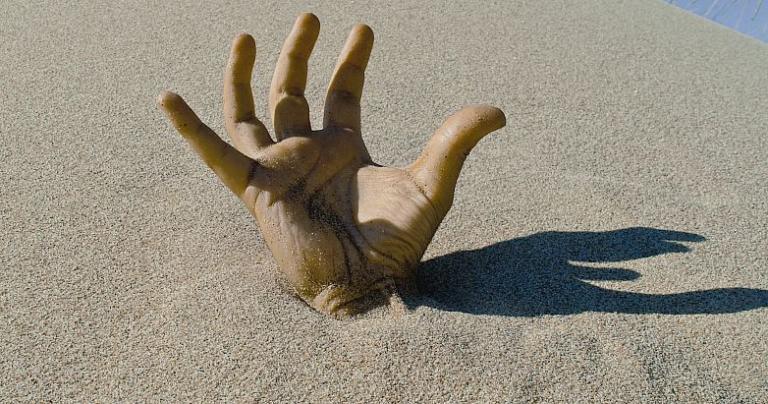 The best thing I found about this argument was that it was complicated—not that it was correct or informative but that it was so effective a smokescreen that I needed hours of research before I felt that I really understood it. And it’s only five lines long.

While it concludes, “therefore, God exists,” it doesn’t actually tell us that. Not only am I telling you this, but Alvin Plantinga, the author of one popular version, will tell you this as well. And you’ll see it, too, by the end of these two posts.

I’ll try to cover every point thoroughly with simple language, so this may be a little slow for some readers.

Definition 1: a Maximally Excellent Being is omnipotent, omniscient, and wholly good.

Definition 2: a Maximally Great Being (MGB) is a Maximally Excellent Being that is necessary (that is, it exists in every possible world).

It’s a little more formal to use MGB rather than “God” for our analysis, but the Christian apologist obviously thinks that they’re synonymous for this discussion. Note also that the MGB is simply the typical list of godlike properties with necessity thrown in. That will be important later.

Here’s the William Lane Craig version of the argument:

The argument is valid (the formal logic is correct), and premise 1 seems easy to grant, even for atheists. Sure, it’s possible that a maximally great being exists.

However, Premise 3 is crazy—we’re going to go from “Sure, maybe an MGB exists” to “an MGB definitely exists in every possible world.” This is the logical equivalent of the “then a miracle occurs” step in Sidney Harris’s famous cartoon.

You’ll soon see that that initial reaction is backwards—Premise 3 actually works, and 1 is the tricky one.

The prisoner and the surprise sentence

Quick intermission: Did you hear the story of the guy sentenced to execution?

The judge, in a whimsical mood, wondered why sentencing someone to death must always be so gloomy. Can’t we have a little fun with it? “Executions are always at sunrise,” he said to the prisoner. “Your sentence will be one day next week, but you won’t know which day. It’ll be a surprise.”

As the prisoner sat dejected in his cell, he soon realized that the judge’s odd requirement gave him a loophole. After all, if they hadn’t come for him by Thursday morning, then he would know that it would be Friday. And Friday’s out because it would violate the judge’s demand that it must be a surprise.

Looking at the remaining days, he couldn’t be executed Thursday using similar reasoning. And so on, through the days of the week.

The guards woke him from a contented sleep just before sunrise on Wednesday morning to be executed. He was completely surprised.

The Christian’s confidence in the modal ontological argument is like the prisoner’s confidence in his analysis. The Christian probably doesn’t completely understand the argument, but it’s put forward by famous Christians like Alvin Plantinga and William Lane Craig, so must be solid.

Our Christian apologist is in for a surprise.

Take 2: one small change to the argument

The ontological argument starts with the claim that God is possible and then concludes that he exists. But what kind of black magic is this?! That doesn’t make sense.

Things are clearer if we take the argument exactly as defined above and make one change: replace “Maximally Great Being” with “griffin” (a griffin is a lion/eagle chimera).

Premise 1. It is possible that a griffin exists.

Premise 4. If a griffin exists in every possible world, then it exists in the actual world.

A griffin doesn’t exist in our world, but (premise 1) it’s possible that it exists. That is, it’s possible that physics and evolution in a different world would be such that a griffin was an outcome. But the argument fails on premise 3. No, even if griffins exist in some possible worlds, that doesn’t transport them to any other non-griffin world.

Then how could the argument work for an MGB?

Premise 3 makes no sense for griffins or indeed for any ordinary thing . . . but it does for an MGB. To understand this, let’s focus on where the action is, just the first three premises.

The reason that premise 3 works is a word that you may not have taken notice of in the definition of MGB, the word necessary.

Let’s step back. Things are either necessary or contingent. For example, lions and griffins are contingent. Their existence depends on how the world is. In our world, lions exist and griffins don’t, but another possible world could’ve had it the other way around.

Mathematical truths, by contrast, aren’t contingent, they’re necessary. The statements 1 + 1 = 2 and 1 + 1 = 7 aren’t dependent on the way the world is. One is true and one is false, and those truth values are unchanging across all possible worlds.

An MGB is necessary by definition (scroll back up and see). Like mathematical truths, “an MGB exists” is either true or false, but that truth value is unchanged in all possible worlds.

We’ve seen that premise 3 actually makes sense. Next up: we’ll see how premise 1 doesn’t make sense, how the entire argument is circular (and so fails), plus a few other problems.