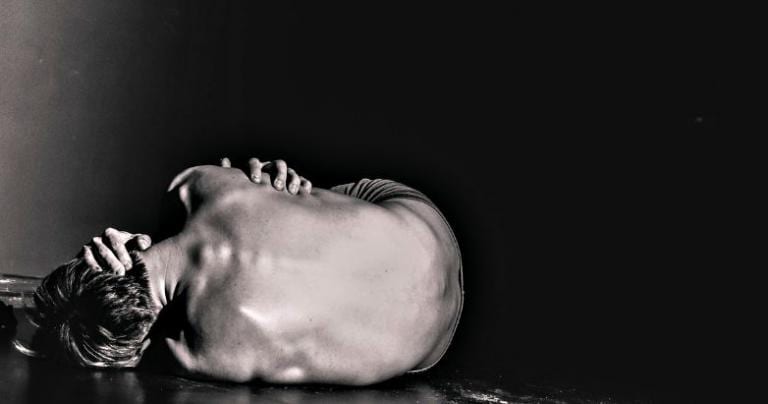 We’re halfway through our analysis of the modal ontological argument, an apologetic argument that’s not accurate and useful so much as weighty. Those of us who are outsiders to philosophy have probably found it to be ponderous and counterintuitive. I certainly did.

In part 1, we saw that premise 1 seemed reasonable and premise 3 seemed crazy, and I promised to swap that critique and show that 3 was reasonable and 1 was crazy.

Before we complete our attack on the argument, let me show the stakes we’re playing for. Douglas Groothuis in Christian Apologetics (2011) responded to Richard Dawkins’ rejection of the ontological argument in The God Delusion. Critiquing Dawkins, he said:

Without prior knowledge of the history of this fascinating specimen of reasoning, we could conclude from Dawkins’s treatment that the ontological argument was more of a joke than a serious work of philosophy. As a naive empiricist, he simply finds absurd the idea that an argument could prove God’s existence without appeal to empirical evidence. But Dawkins’s glib rejection never engages the richness or subtlety of the argument, a piece of reasoning that has intrigued some of the best minds in philosophy since the argument’s inception by Anselm in the eleventh century.

Richness and subtlety? That’s like complaining that we’re missing the richness and subtlety of the Emperor’s new clothes. Sorry, I’m still stuck on whether the argument is correct or not. Groothuis seems to be promising that it’s a powerful and compelling argument. Let’s see.

Equivocation on the definition of “possible”

In part 1, we saw that premise 3 works, and our problem remains: the conclusion “Therefore God exists” still looks like magic.

Our first challenge was correctly seeing the consequences of an MGB as a necessary being. Now, let’s focus on the word possible. Few people would begrudge premise 1, “It is possible that an MGB exists.” I’ve seen no good evidence, but, sure, maybe an MGB does exist.

But this is the colloquial meaning of possible. We’re saying, “I have no idea—maybe an MGB exists in one possible world or a thousand worlds or none.” This is usage 1: possible as a statement of ignorance. But there’s another usage.

(The modal ontological argument makes use of S5 modal logic, in which necessary and possibly are carefully defined, but there’s no need for our analysis to get bogged down with that. I bring this up only to note that Plantinga used a different definition openly. Unfortunately, it’s easy for other apologists to use these two meanings of possible to take advantage of the reader’s confusion.)

Let’s rework those first three premises with this new knowledge.

Premise 1′. An MGB exists in one or more possible worlds.

When the implications are laid out, the assumptions become clear, the magic vanishes, and the argument says nothing of interest. When you assume an MGB in your first premise and define it to be either everywhere or nowhere (and nothing in between), it’s hardly surprising that you can conclude that one exists.

This is a circular argument. It logically fails.

Let’s take a closer look at the second half of the argument.

Premise 5. If an MGB exists in the actual world, then a maximally great being exists.

This works except for Conclusion 2. An MGB has a very simple definition, while God (that is, Yahweh) doesn’t. Christians can’t agree on all of God’s properties, and those properties evolved through the Old Testament. The first problem is God’s squishy and ambiguous definition not fitting the simple definition of an MGB.

Let’s focus on one aspect. If God is a Maximally Great Being, then he must be, among other things, wholly good. But read the Bible, and you’ll see that God isn’t wholly good. He supports slavery and demands human sacrifice and genocide. The easy comeback is “Sure, but God could have his reasons,” which simply presupposes God to defend his existence, which is another logical error.

There’s another part of the definition of a Maximally Great Being that doesn’t work, the clash between the conflicting requirements of an MGB’s omni properties. For example, the MGB is omniscient and so knows the future. But he’s also omnipotent, so he can change the future. Which one wins?

And since God has even more superpowers than an MGB, it becomes even weirder with him. Before God created the universe, reality was either perfect or not. It couldn’t have been imperfect, because God wouldn’t have tolerated that. But if it was already perfect, why create the universe? Or how can God be all-just (and give everyone what they deserve) while also being merciful (giving some of us less than we deserve)?

(More on omni conflicts here and a proof that God doesn’t exist because of the suffering in the world here.)

Turn the argument on itself

As with the regular ontological argument (my response to that here), the modal ontological argument can be turned on itself. The argument works because (1) its definition of possible existence is “exists in at least one possible world” and (2) an MGB is necessary, which makes its existence all or nothing—it’s everywhere or it’s nowhere. If you start with premise 1 being “It is possible that an MGB exists,” the wheels of the argument turn to move from an MGB in at least one possible world, to all possible worlds, to the actual world.

But change one cog in the machine, and you get a different prize when you turn the crank. Change every exists to doesn’t exist. It’s still valid, but its cleverness has been turned on itself. Now the conclusion becomes, “Therefore, God doesn’t exist.”

You want to go with this as your argument? Is that your final answer?

This is a caltrop argument, an argument that doesn’t make an offensive point. Its value instead is in slowing down a pursuer. It’s a puzzle. The Stanford Encyclopedia of Philosophy lists eight categories of ontological argument, so there are lots more if the retreating Christian apologist needs to throw out another tar baby.

In fact, Plantinga agrees that the argument doesn’t do much:

I’m not sure what he’s saying in that last sentence. My guess is he’s saying that the modal ontological argument reached a conclusion through a flawed logical path, but that’s okay because he knows that conclusion is correct because of other reasoning.

Regardless, we’ve shown that, though the argument concludes, “Therefore, God exists,” that’s not a takeaway for any of us.

Let’s end by returning to Douglas Groothuis, whose challenge mocked us as we began our critique of the argument: “Dawkins’s glib rejection never engages the richness or subtlety of the [ontological] argument, a piece of reasoning that has intrigued some of the best minds in philosophy since the argument’s inception by Anselm in the eleventh century.”

A flawed argument deserves ridicule in proportional to the earnestness with which it is put forward as a serious, useful apologetic argument.

Acknowledgements. Several sources in particular helped me peek behind the curtain to see how the trick was done.