What To Say When Someone Says Wives Are To Submit 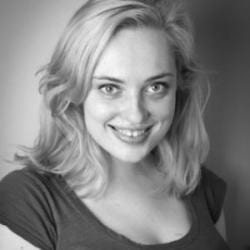 Editor’s Note: This article is part of a series on difficult Bible passages entitled “What to Say When…”

“The Bible says wives should submit to husbands, because men are the head of women.”

Sigh. Some of us have heard this overly simplistic and frankly convenient interpretation of Paul’s words in Ephesians 5:18-32. But are we taking the “household codes” seriously enough in their own context? Is there more to this passage than meets the eye?

The Household Code and the Paterfamilias

Ephesians 5:22-6:9 is often referred to simply as the “household code.” The household code was a literary form for rules about behavior in the household. They used very wealthy families as an idealized model. Everyone in these households had some relationship to the figure known as the paterfamilias. Occasionally, a woman occupied this role, but usually, the paterfamilias was a husband, father, grandfather, uncle, brother, or master to everyone in the house. Though women were beginning to gain some rights during this time, he would exercise total control over the life and often death of everyone inside. Only very rarely could anyone use the legal system to challenge him. This is a microcosm of how the whole of society was organized. Higher status people supported lower status people in return for deference and service.[1]https://bade4f614ea10378f946620f290e6c8b.safeframe.googlesyndication.com/safeframe/1-0-37/html/container.html

The Greek word for head is kephale. When Greeks used “head” in an idiomatic sense, it was rarely about authority. Instead, they understood the “head” as the cause of life, source of sustenance, and expression of identity. As Paul says in 1 Corinthians 11 (written before Ephesians), man is the head of woman. But it’s clear he is talking about who comes from who. Eve was created fromAdam, so man is woman’s “head.” But Paul also wants the Corinthians to be careful about making too much of this. Men are born from women, so all humans are interdependent.

Furthermore, Christ is eternally begotten of the Father, not subordinate to him. If that’s what it means for God to be the head of Christ, the same meaning probably carries through in Paul’s other uses of the word.

In Ephesians and Colossians (which share language and themes), Christ is called the kephale of the church five times. Ephesians 1 speaks of Christ as “the kephale for the church, the fullness of him who fills everything.” Colossians 1 says Christ is the kephale of the church, the beginning and firstborn from the dead. In Ephesians 4 and Colossians 2, Christ is the “kephale from whom the whole body grows.” While Christ is certainly the supreme authority over all things, this word—head—doesn’t express that truth. This metaphor is about Christ as the source of new life and growth. Similarly, but on a tiny scale, Eve was created out of Adam. Also, it’s crucial to note that women in Greco-Roman society were dependent on men for life and identity. This metaphor was thus a helpful image for Paul, but things are different today.

A female slave would be responsible to her master, not her husband. If we were supposed to read “head” as “in charge,” it would make sense for the master to be the head of the slave. This is especially true since, in household codes outside the Bible, the husband-wife relationship was seen as the most equal of the three, with the least need for overt control. However, slaves were not made from masters. Kephale wouldn’t make any sense for a slave, because this word is not about authority, but about the source of life.

Most translations put a section heading over Ephesians 5:22 that says something about the household. Verse 22, then, appears to start a new thought. In fact, it’s not even a new sentence.

In Greek, verse 22 is part of a very long sentence that begins in verse 18. It should read something like this: “Instead, be filled with the Spirit, speaking…singing…making music…giving thanks to God the Father…submitting to one another in the fear of Christ—wives to their own husbands as to the Lord.” This signals that as we read the household code, we should be thinking about worship—not a worship service, but how we can have lives of worship to God and not people.

Wives are told to submit “as to the Lord,” and slaves to obey “as to Christ.” Both commands refer to that long sentence in verses 18-22. Women suffered terrible injustice in this era (and in all others before and after it). But, the Christian community of this time had no power to change or challenge the wider culture. Roman society was seized with anxiety in this era about the roles of men and women, and they exerted tight control over women’s behavior. In our day, nothing about adherence to traditional gender roles makes the gospel more attractive. In fact, the opposite is true. Furthermore, Christianity has enormous cultural influence that can now be used to seek justice for women.

This household code was Paul’s attempt to reframe the unjust treatment that women suffered as subordinate members of the household. It was unlikely that the status of the women to whom Paul was writing would change dramatically during their lifetimes. Paul suggests that they consider their submission directed ultimately to Christ instead of to a husband.

It means that since wives already had to obey their husbands, they should consider it part of their Christian duty to submit to everyone as worship to Christ. Husbands share this duty, as do all believers (verse 21). Today’s wife should also be submissive, to be sure—but her husband should be, too. All Christians are called to mutual submission as one among many acts of communal worship.

It’s also worth noting that the oppressed woman is encouraged to subvert the authority of her husband by giving her deference and service to Christ. As the household code in Colossians puts it: “whatever you do, work at it with all your heart, as working for the Lord, and not for human masters…it is the Lord Christ you are serving” (Col 3:23-24).

In the incarnation, Christ was joined to humanity as “one flesh.” This allows Christ to be our kephale in the resurrection—the firstborn from the dead. We can only hope in the resurrection because Christ has become human. If maleness were necessary for Jesus’ incarnation, it would be necessary for our resurrection. But because he is “the kephale from whom the whole body grows”—men and women—we are all joined in one Christ, and authority differences between people are ultimately meaningless (Gal 3:28).

To Sum Up, What Should You Say?

1. “Head” doesn’t imply authority. Instead, it means that at creation, women came from men. In the new, resurrection creation, the church comes from Jesus Christ.
2. All Christians should submit to each other as part of a life of worship.
3. Because wives and slaves suffered unjust power imbalances, they should direct their submission to Christ, rather than human authorities.
4. Because Jesus became one flesh with us in the incarnation, he can be our kephale in the resurrection.