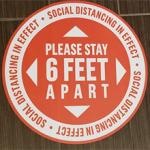 Ironically, a day after findings of a new Cornell University study identified U.S. President Donald Trump as the nation’s “single largest driver” of COVID-19 pandemic misinformation, he and his wife, Melania, tested positive for the virus.

It may seem callous to criticize the president just after he has contracted the highly infectious, potentially fatal coronavirus, but the study is new and we are roughly a month away from perhaps the most consequential U.S. presidential election in memory, while tens of thousands of Americans continue to sicken with the virus daily, and many hundreds of Americans are still dying each and every day from it.

And, with winter approaching — and the annual deadly flu season — worrisome upticks in virus metrics are being tracked in more than half the states, making an already dire situation even more ominous.

Right up until he tested positive himself, the president labored mightily to distract the public from the pandemic’s ravages (and his key role in exacerbating the scourge), the end of which he has continuously insisted was “right around the corner.” At least 34 times, according to the Washington Post, he proclaimed that the scourge would one day “soon” disappear “like a miracle.” He told supporters at a recent campaign rally that disease “affects virtually nobody,” Newsweek reported.

Yet nearly a quarter of a million Americans have died of it, from every age group and walk of life.

The president has derided, even mocked, the consensus of his own world-leading health experts on viral pandemics that wearing facemasks is the single most effective protection against not only contracting but also spreading the virus, along with social distancing and hand washing. The president’s hand-picked director of the respected Centers for Disease Control, Dr. Robert Redfield, recently stressed at a congressional hearing on coronavirus response that he believes wearing a mask protects more against the virus than even a vaccine might.

Still, at the first presidential debate with challenger Joe Biden on Tuesday night, the president mocked him for his disciplined mask wearing. After the president dismissed debate moderator Chris Wallace’s question on his downplaying of the efficacy of masks, he explained that he wears one “when I think I need to.” He then said this about Biden:

“Every time you see him, he’s got a mask. He could be speaking 200 feet away from it. And he shows up with the biggest mask I’ve ever seen.”

Note that Biden masks with the resoluteness that viral science and the consensus of virus experts agrees is absolutely necessary to stem the surging tide of the disease.

Then, the day after a positive COVID-19 test of one of his closest advisers, Hope Hicks, the president held a mass rally, unmasked, as were most of his supporters in the audience.

So, the point must be made that the president’s firehose of nonstop naysaying about the virus’ true lethality and extent, and the full danger posed to Americans, makes him complicit in its current enormity. Indeed, he knew the disastrous potential it posed to the country back in February, according to recent reporting by former Watergate investigative reporter and now author Bob Woodward.

Yet, he misinformed the American people — to avoid “panic,” he told Woodward.

A New York Times article on the Cornell study begins:

“Of the flood of misinformation, conspiracy theories and falsehoods seeding the internet on the coronavirus, one common thread stands out: President Trump.

“That is the conclusion of researchers at Cornell University who analyzed 38 million articles about the pandemic in English-language media around the world. Mentions of Mr. Trump made up nearly 38 percent of the overall “misinformation conversation,” making the president the largest driver of the ‘infodemic’ — falsehoods involving the pandemic.”

Sarah Evanega, the director of the Cornell Alliance for Science and the study’s lead author, said the findings were unexpected, the Post reported:

“The biggest surprise was that the president of the United States was the single largest driver of misinformation around Covid. That’s concerning in that there are real-world dire health implications.”

The most common misinformation topic — “by far,” the authors wrote — was “miracle cures,” such as the president’s false promotion of anti-malarial drugs and disinfectants (like injecting bleach) as potential cure-alls for COVID-19.

“The researchers identified more than 11,000 misinformation articles involving Dr. Fauci, as compared with more than 295,000 involving miracle cures,” the Post reported. “There were more than 40,000 articles that mentioned the purported Democratic hoax, and more than 6,000 mentioning bat soup, which was the topic of a video that made the rounds on social media in the winter.”

Only 16.4 percent of the articles surveyed fact-checked misinformation, “suggesting that the majority of Covid misinformation is conveyed by the media without question or correction,” the authors wrote. This shows the futility of fact-checking every story in an avalanche of misinformation, a reality its devoted practitioners certainly aware of.

Dr. Joshua Sharfstein, a vice dean at the Johns Hopkins Bloomberg School of Public Health and a former principal deputy commissioner at the Food and Drug Administration, said the coronavirus misinformation campaign (which has been spearheaded by the president) is “one of the major reasons” the U.S. has done so poorly in relation to other developed countries in battling the pandemic. He said, when treatments or vaccines are unavailable, “honest and consistent messaging is essential.”

“This is what we need to save lives,” he said. “If it’s not done well, you get far more infections and deaths.”

Which is where we’re at in America at the moment.

The study was in the process of being peer-reviewed before the review was suspended by its authors, who believed ethically it was critical to immediately release information that might help protect public health.

As we look at the unholy devastation this pandemic has inflicted on Americans, including now the president and his wife, and that the misinformation super-spread by the president has been a major contributor, we should remind ourselves: Truth matters. Honesty matters.

That said, of course all honorable Americans hope only a mild case of the virus has afflicted the president and first lady, and that their recovery is swift and sure.

And we also should hope that when President Trump returns to work in full vigor, he will return with a newfound appreciation of the virus’ real power and the mortal threat it poses to us all — and that he will become a zealous proponent of mask-wearing, social distancing and hand-washing for everyone.

In the meantime, everyone else in his administration should be doing just that.

Buy either book on Amazon, here (paperback or ebook editions)