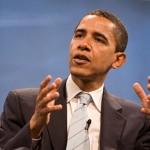 SEPTEMBER 2, 2020 BY JONATHAN MS PEARCE In the run-up to the 2014 midterm elections, Republican David Perdue excoriated President Barack Obama over his handling of the Ebola outbreak — contending that Obama had “failed to lead” and “took a serious threat far too lightly.”… Before he won his first term in 2014, Tillis railed against Obama over […]