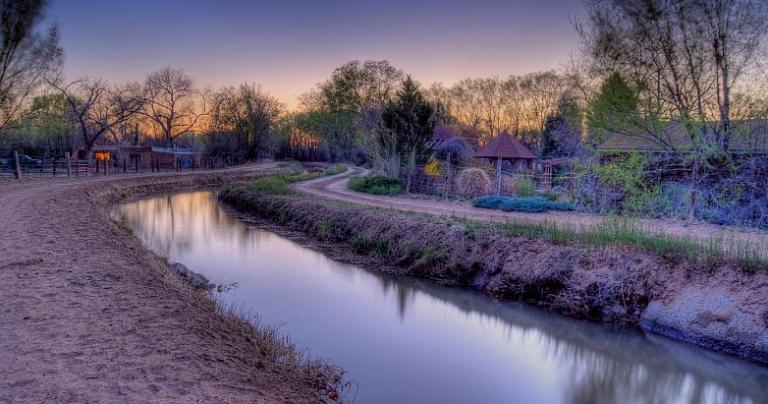 For a clear and succinct discussion of what evidence is enough to support a claim, one good source is the observations of German philosopher Gotthold Lessing (1729–81). Lessing was a Christian, but he argued that history is insufficient support for religious truths.

He distinguished between the strength of the evidence and the consequences of belief.

We all believe that an Alexander lived who in a short time conquered almost all Asia. But who, on the basis of this belief, would risk anything of great permanent worth, the loss of which would be irreparable? Who, in consequence of this belief, would forswear forever all knowledge that conflicted with this belief? Certainly not I.

There are thousands of similar instances of the imperfect history record. Consider our difficulty in knowing the details surrounding the Battle of Hastings (1066), a pivotal event to the English-speaking world. We have the Bayeux tapestry, but it presents a compelling case for the legitimacy of William the Conqueror’s possession of England from the winner’s standpoint. Arguments for the legitimacy of the defeated English monarchy were less likely to have been preserved.

Consider Marco Polo. Did he actually spend years in China as a confidante to Kublai Khan or did he just pick up fascinating tales on his travels and weave them into a story?

Did Plato make up Socrates as a literary device to illustrate his points? Was William Tell real? Was Ned Ludd? Robin Hood? King Arthur? Homer?

We want to understand history as correctly as possible, but none of these issues carry much weight. Any new evidence that changes the historical consensus might be newsworthy but would test the worldview of very few people.

A popular historical challenge by Christian apologists is to compare the record of Alexander the Great to that of Jesus. Jesus has a better historical argument on every point—there was less time from events to documentation, our copies of the gospels are better and more numerous than any documentation of Alexander, and Jesus is more recent. You accept our account of Alexander from history, my atheist friend? Then you should also accept the far better account of Jesus.

But this argument backfires. If we’re to adopt the best-evidenced claims, what about claims that are far better than those of Christianity? For example, Sathya Sai Baba, an Indian holy man who could raise the dead and be in two places at once, performed his miracles publicly until his death in 2011. Mormonism makes a far better historical case than Christianity (more). Thousands of people who claim to have not only seen UFOs but been abducted can be interviewed today (more).

If the reliability of the claims were actually important, Christians would sooner believe in Sai Baba, Mormonism, and UFO abductions. That they don’t shows that this is simply an argument of convenience, not one on which they built their worldview. And, of course, if this argument doesn’t support their beliefs, why should it convince an outsider?

We must also consider the magnitude of the claims. While details of the Alexander story are debatable, the basics are hard to reject. Twenty new cities named “Alexandria” appeared in times and places consistent with his supposed travels and conquests, and we have coins and statues with his name. Alexander was a military commander, and we know they exist. Historians scrub out any supernatural accretions to the Alexander story. By contrast, the Jesus story is nothing without its supernatural claims. Remove the supernatural from the Jesus story, and you have just the story of a man (more here).

Lessing makes the point with a metaphor that has become famous.

Lessing says that no history—whether the consensus view of historians or not—is sufficient to support the “necessary truths of reason,” which include religious truths.

If the consequences from a mistaken belief are minimal, then what the hell: Homer existed, and Marco Polo really was an important figure in Kublai Khan’s court. I might cross that ditch of historical evidence.

But if there are consequences—if it’s an issue on which I risk something valuable—that’s a ditch I won’t cross without good reason, and “Gee, it’d be nice to be on the other side” isn’t a good reason.

Continue: How Christian Apologists Teleport Across Lessing’s “Ugly, Broad Ditch”Alice laughed: “There’s no use trying,” she said.
“One can’t believe impossible things.”
“I daresay you haven’t had much practice,” said the [White] Queen.
“When I was younger, I always did it for half an hour a day.
Why, sometimes I’ve believed as many
as six impossible things before breakfast.”
— Lewis Carroll, Through the Looking Glass