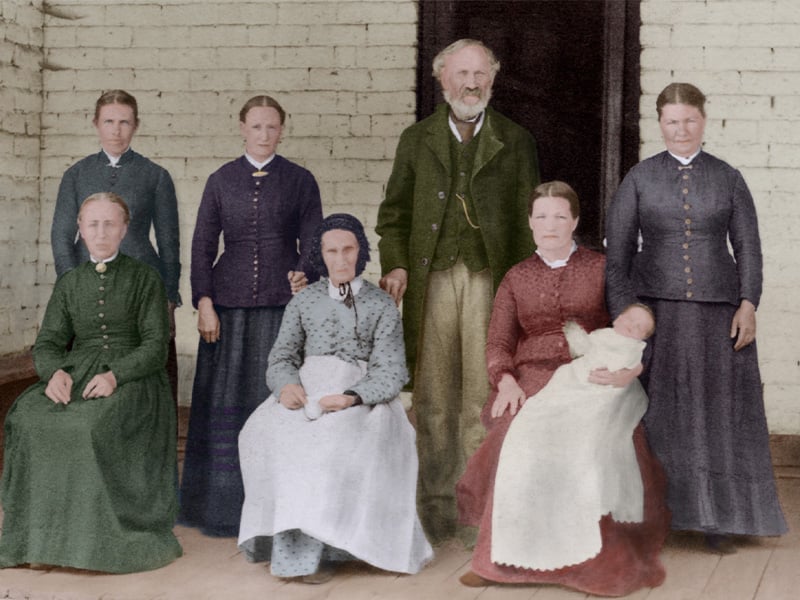 *Note to would-be commenters: Don’t expect your comment to be published here if it is argumentative or hostile. Keep it calm and dialogical—open to discussion as opposed to argument*

Should Polygamy Be De-criminalized?

This morning I watched a documentary on Youtube about a teenage boy who fled his family, church and community and is not able to see any of his relatives or friends, including his father and siblings. He was born into and raised in a “fundamentalist Mormon” church and community. His father has several wives and he has many siblings. When his mother died of colon cancer because she did not get the treatment needed to live longer (if not be cured), he escaped the community. He has since been entirely shunned by them although he occasionally meets with his father to talk about returning (or not). He is living with his sister and her husband. His sister left the church and community earlier and is also shunned.

I’ve seen documentaries like this before. Apparently some fundamentalist, polygamous Mormon communities actually kick out some boys because they are redundant. There are not enough wives to go around. But that was not this boy’s situation.

What really caught my attention in this documentary was a demonstration at the Utah state capitol—by polygamous Mormons advocating for the de-criminalization of polygamy. They talked about “choice” and compared their situation to homosexuals in the past when being openly or even secretly gay was illegal.

One woman opponent of this movement explained that polygamy should remain illegal and even be treated more harshly (i.e., the men) because children should have a father who is involved in their lives which is impossible if the father has several wives and many children.

I thought that was a weak argument unless she was willing to criminalize divorce and absentee fathers. I know there are “better” arguments against polygamy and for keeping it illegal in the U.S. Some have been promoted  them here. For example, that no woman really wants to be married to a man with several wives and that polygamy is essentially harmful to women. I also don’t think that argument is valid as many women insist polygamy/plural marriage is their choice. The same argument used to be used to criminalize homosexuality/gay relationships and keep gays from marrying or adopting children. That is, the argument was that anything but traditional marriage and sex only between same-gendered people is harmful to those who engage in homosexual acts. Ultimately, the argument didn’t hold up in the face of the secularization of society and the emphasis on individual freedom of choice.

All I wish to say here is that de-criminalization of polygamy seems inevitable as America (and other countries) is on a trend away from anything traditional and toward a moral free-for-all in the absence of clear and undeniable evidence of actual physical harm. I actually saw an interview on Youtube (a well-made documentary) in which a highly educated articulate man attempted to make a case for de-criminalization of all sex between consenting persons of any ages.

I am not convinced by arguments that polygamy is always and necessarily harmful to all women. It’s for the women to decide. Yes, government should guarantee their ability to leave a polygamous marriage and everyone should be able to leave a commune if they wish to. That should be a basic human right.

Some Christians who favor gay marriage have told me that they would “cross that bridge when it comes” — referring to legalization of polygamy. Well, friends, it is here. Or at least in Utah. And next it will be in surrounding states and everywhere. Once you let the genie out of the bottle, it’s impossible to put him back in. By “the bottle” I mean time-honored tradition. Yes, in many cases letting the genie out of the bottle is a very good thing. But is it always a good thing? I don’t think so.

*Again, I remind would-be commenters, don’t even bother posting a comment if it is hostile or argumentative. Keep your comment calm and reasonable or don’t comment at all*

*As I am not employed by anyone, I cannot be accused of speaking for any organization.*